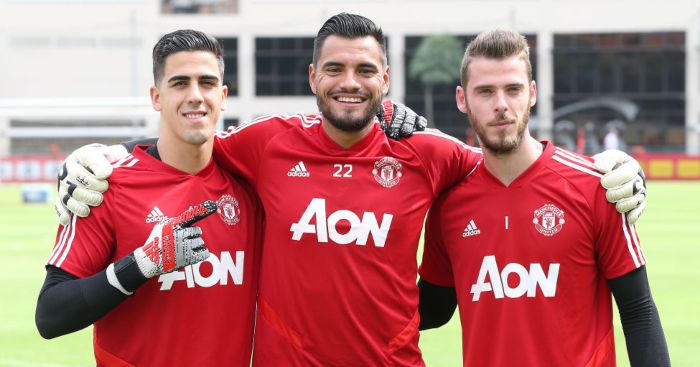 Pereira was one of four goalkeepers at Old Trafford heading into the new season, behind David de Gea and Sergio Romero in the pecking order.

United think so highly of the Portuguese that they feel he can one day replace De Gea.

Jose Mourinho once joked that Pereira was his “number two”, with the 23-year-old considered a huge talent.

Hearts announced his arrival on Tuesday and he is expected to compete with Zdenek Zlamal and Colin Doyle.

It is the Portugal youth international’s fifth separate loan spell away from the club.