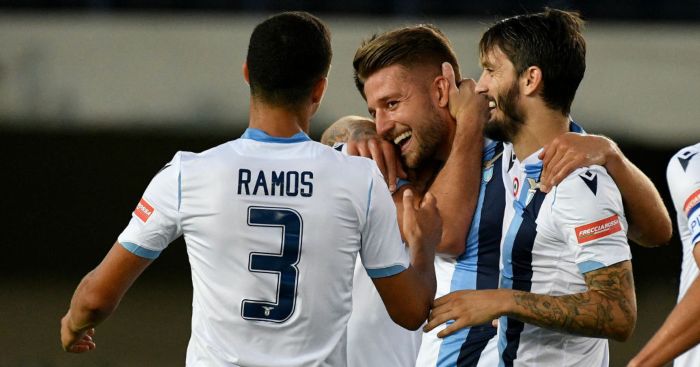 Man Utd are ready to revive their interest in former target Sergej Milinkovic-Savic, according to reports in France.

The Lazio midfielder was linked with a move to Old Trafford last summer as Paul Pogba looked to force through a move to Real Madrid.

But Man Utd were reportedly forced to pull out of a move for Milinkovic-Savic, with Pogba’s transfer away falling through.

The 25-year-old has seven goals and four assists in 33 Serie A starts this season, helping Lazio climb to fourth in the table with the prospect of still finishing second with two games to play.

Chelsea were linked with a move for the Serbia international earlier this month but it would seem unlikely given their spending already this summer, with Kai Havertz reportedly set to join.

And Foot Mercato (via The Metro) claims that Man Utd ‘dreams of enlisting’ the Lazio midfielder with Milinkovic-Savic ‘open’ to a move there.

The Red Devils are looking to ‘regain their aura of yesteryear’ and want the 25-year-old to help them on the way,

The report adds that Man Utd have recently ‘revived’ discussions with Milinkovic-Savic’s entourage with the last contact made ‘last week’ for the ‘jewel of Lazio’.

The Premier League club ‘dreams’ of playing Milinkovic-Savic alongside Bruno Fernandes and Pogba in their midfield.

He is ‘open to a new adventure’ away from Rome but the Red Devils are ‘not alone’ with Chelsea, Tottenham, Paris Saint-Germain and Juventus all mentioned as possible destinations.