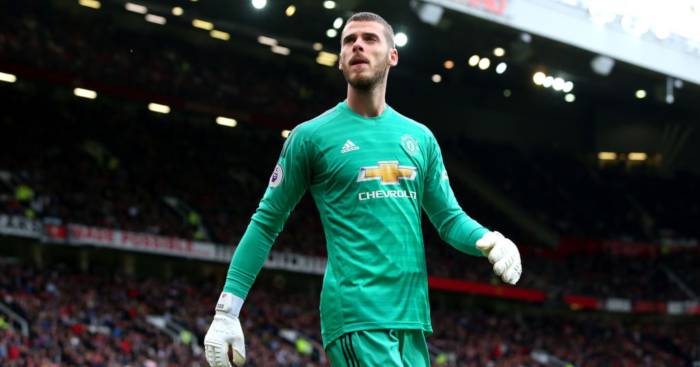 De Gea was culpable for Chelsea’s leveller in Sunday’s 1-1 draw at Old Trafford, parrying a long-range Antonio Rudiger shot which let Marcos Alonso steal in and score, cancelling out Juan Mata’s opener on his 31st birthday.

De Gea made a fine save from Gonzalo Higuain in the dying seconds but the major talking point was his latest error, hot on the heels of high-profile mistakes against Manchester City in midweek and Barcelona earlier this month.

United’s hopes of a top-four Premier League finish are out of their hands following the result but Solskjaer publicly backed De Gea before this weekend and again following his latest clanger.

And ESPN claim that the Red Devils are thinking about ‘triggering’ Oblak’s €120million release clause at Atletico, which only increased by €20million when he signed a new contract in April.

The report adds that the United board think the fee would ‘be excellent value for a player considered one of the world’s best in his position.’

And sources have told ESPN that ‘Oblak is in a similar situation to teammate Antoine Griezmann in that he would like to see more top players arrive in order to help them compete with Barcelona.’

However, the possibility of United failing to qualify for the Champion League this season would hit their attempts to sign Oblak hard as the goalkeeper ‘would only leave Atletico for a team playing in the Champions League.’