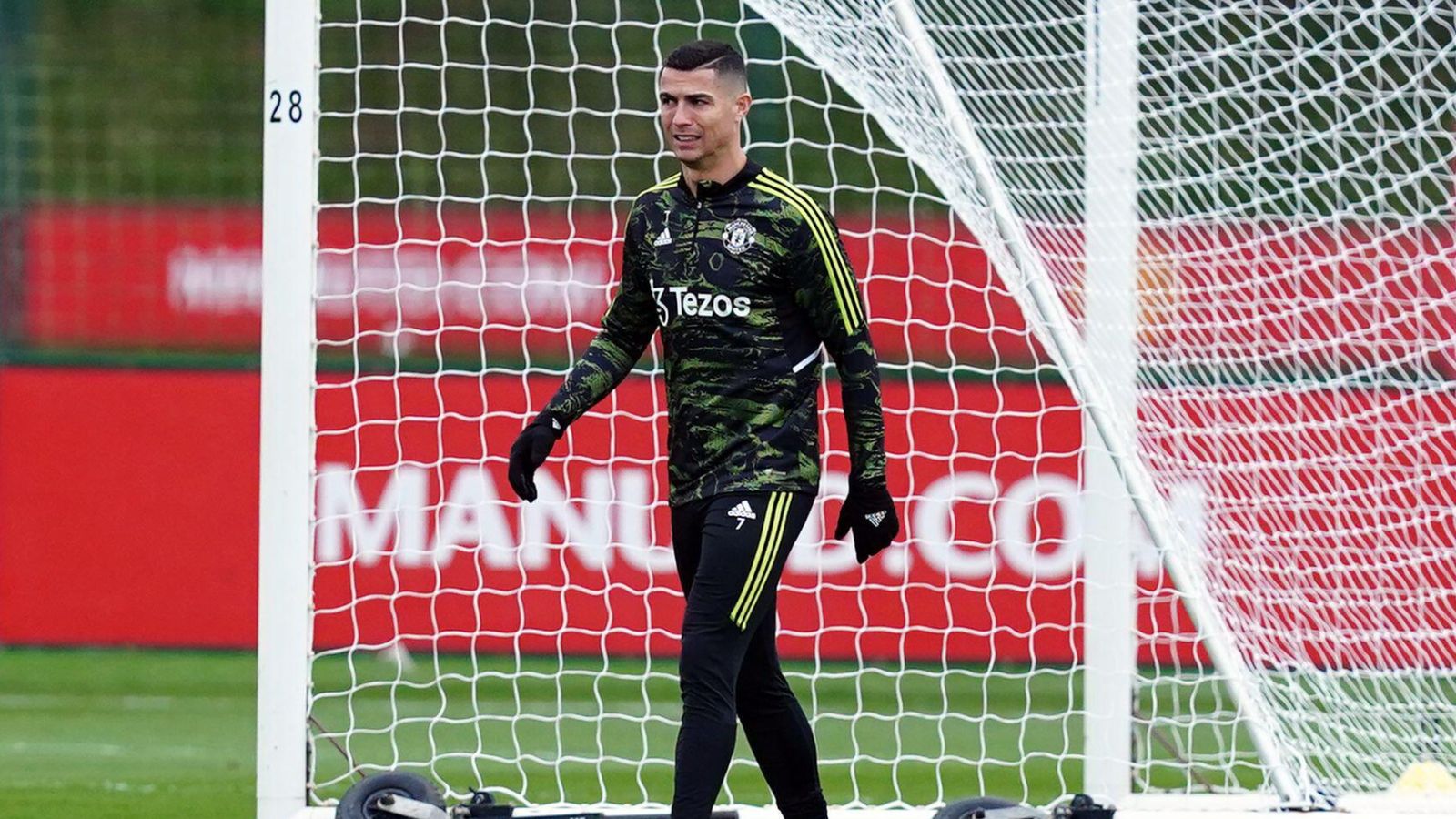 Man Utd are reportedly ‘seriously interested’ in one ‘candidate’ to replace Cristiano Ronaldo with the 37-year-old ‘expected’ to leave in January.

The United-Ronaldo saga does feel like it is slowly coming to an end with the club warming to the idea of letting the forward leave.

Ronaldo would have left in the summer had he gotten his wish, but Man Utd were against him going.

He shone last term but he has struggled to carry over that form into this season under Erik ten Hag.

From watching Man Utd this season, it is clear that they perform better when Ronaldo is not involved.

He has returned to the fold in recent games but reports are intensifying about them shortlisting replacements for January or next summer.

Naturally, they are going to be linked with quite a few strikers over the next few weeks.

This is not what United fans wanted to hear. He is enjoying an upturn in form as he has netted ten goals in 14 games this term.

But replacing Ronaldo with a 33-year-old forward who has already had a sh*t spell in the Premier League is understandably not their supporter’s idea of fun.

But Florian Plettenberg is adding to their fears as he confirms that Man Utd are ‘seriously interested’ in Choupo-Moting.

The Red Devils have ‘enquired’ about him and he is a ‘candidate’ to replace Ronaldo.

Plettenberg adds that United’s hierarchy ‘expect’ Ronaldo to move on in January.

But the journalist has also moved to ease the worries of the United faithful as he feels that Choupo-Moting ‘will stay’ at Bayern Munich.

Choupo-Moting is out of contract next year so he could potentially be available for next to nothing in January.

But he may use United’s apparent interest to get a better salary at Bayern as he will be in ‘talks’ over a new contract once the World Cup is over.

So while Man Utd may be left disappointed in their pursuit of Choupo-Moting, a move for Ajax’s Jurrien Timber could be back on the table in the coming months.

The defender was targeted by United in the summer but he eventually opted to sign a new contract.

Dean Jones has now told GiveMeSport that Timber will again ‘consider his future’ next year.

‘Ajax have been made aware that he is willing to consider his future in 2023 but he has to weigh up his options carefully,’ Jones told GiveMeSport.

‘Timber is still only 21 and emerged through the club’s youth system. Van Gaal has been hugely impressed by his maturity and group games against Senegal, Ecuador and Qatar will provide a good opportunity to further grow in confidence.

‘United apart, other sides will be taking an interest in England, as well as the rest of Europe. Ajax will certainly aim to keep him beyond January but are likely to struggle much beyond the summer.’

READ MORE: Are Newcastle United in the title race? They have spent money better than Man Utd