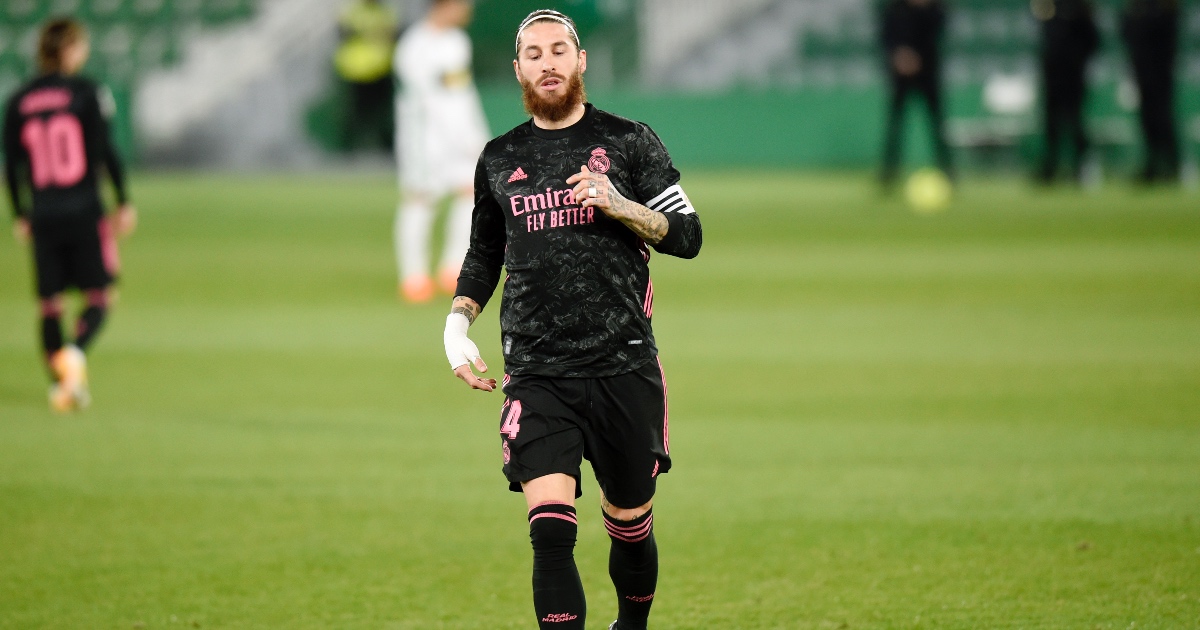 Man Utd will reportedly meet with Sergio Ramos’ representatives next week to discuss a potential transfer.

The Real Madrid defender has been linked with a Premier League move after running down his contract at the Bernabeu.

His current deal expires in June, allowing him to speak to interested clubs under the Bosman ruling.

READ: Mbappe told to consider ‘once in a lifetime’ Liverpool transfer

According to sources in Spain (via Sky Sports), the Red Devils will begin negotiations with Ramos next week.

The 34-year-old could finish off his hugely successful career at Old Trafford. That would end a 16-year stay with the Spanish giants.

Man Utd were handed a boost in their pursuit of Ramos last week as Bayern Munich pulled out of the race.

One sticking point could be Ramos’ wage demands.

The Spaniard wanted a huge £13.4 million deal to remain at Real for one more season.

They rejected that proposal, instead offering £11.1 million for a final season.

United’s ability to sign Ramos will depend on how much they are willing to pay him.

A transfer would certainly not be a long term solution for Ole Gunnar Solskjaer in defence.

He is aiming to find a partner for captain Harry Maguire at centre back.

Ibrahima Konate has recently emerged as their top target. It’s thought that signing the 21-year-old could give them a boost in their future title hopes.

That means United could end their discussions with Ramos early to save money for a Konate bid.

If a move to Old Trafford fails to materialise, Paris Saint-Germain will become the favourites to sign Ramos.

Their £600,000 a week contract with Neymar serves as proof that they’re willing to spend big on the world’s best players.

Ramos looks set to leave Real at the end of the season, with the only question now being his destination.