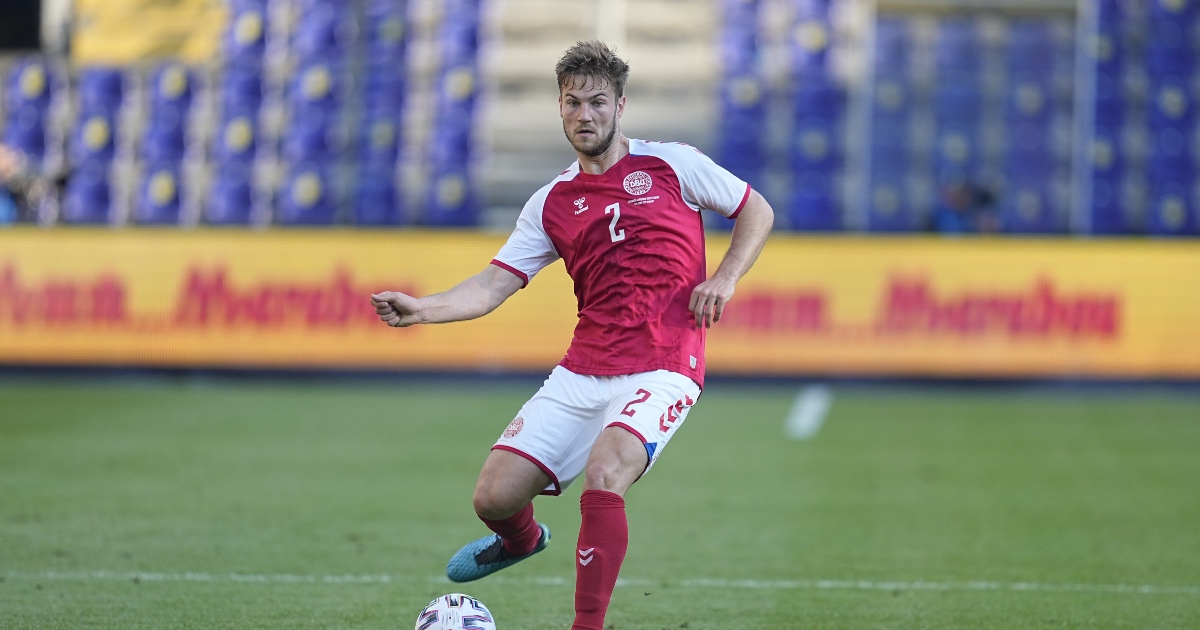 Man Utd could look to sign Joachim Andersen if their move for Raphael Varane fails, according to reports.

The Red Devils are at the front of the queue to land Varane from Real Madrid this summer.

They’re confident of signing the centre-back for £40million, although Real want significantly more than that sum.

According to French outlet Foot Mercato, Man Utd are planning to enter the race for Andersen in the coming weeks.

Failure to sign Varane would see them rival Tottenham for the Danish defender.

Andersen has returned to Lyon following the end of Denmark’s Euro 2020 campaign. He came on as a substitute against England but couldn’t help the underdogs to reach the final, with Harry Kane scoring an extra-time winner.

The 25-year-old spent the recent season on loan with Fulham in the Premier League.

Despite their relegation to the Championship, Andersen put in some eye-catching displays.

He was a leader in Scott Parker’s squad and became a vital part of their defensive shape.

The player made 31 appearances in the top flight, bagging one goal. He got on the scoresheet in March during a 2-1 defeat to Leeds United.

Andersen looked comfortable competing in the Prem and could become an effective centre-back partner for Harry Maguire.

However, Man Utd will face plenty of competition from Spurs for his signature.

They have already opened talks with Lyon over a £20million move. The player is also keen to remain in England, making a summer transfer likely.

He isn’t the only backup option for United boss Ole Gunnar Solskjaer. Villarreal defender Pau Torres remains on the manager’s list of targets.

He helped the Spanish side to win their first ever major trophy in 2020/21. They overcame United on penalties in the Europa League final.

Torres was recently asked about his future while on international duty with Spain.

He said: “Right now I have a contract with Villarreal.

“We’ve won a European trophy. We’ve shown we can compete against any opponent. Next year we have the Champions League ahead of us, and that’s what I’m focused on.

“Those rumours mean that you’re doing a good job. I’m calm. Those rumours came out a while ago and I don’t think my performance has changed, it’s been good.”