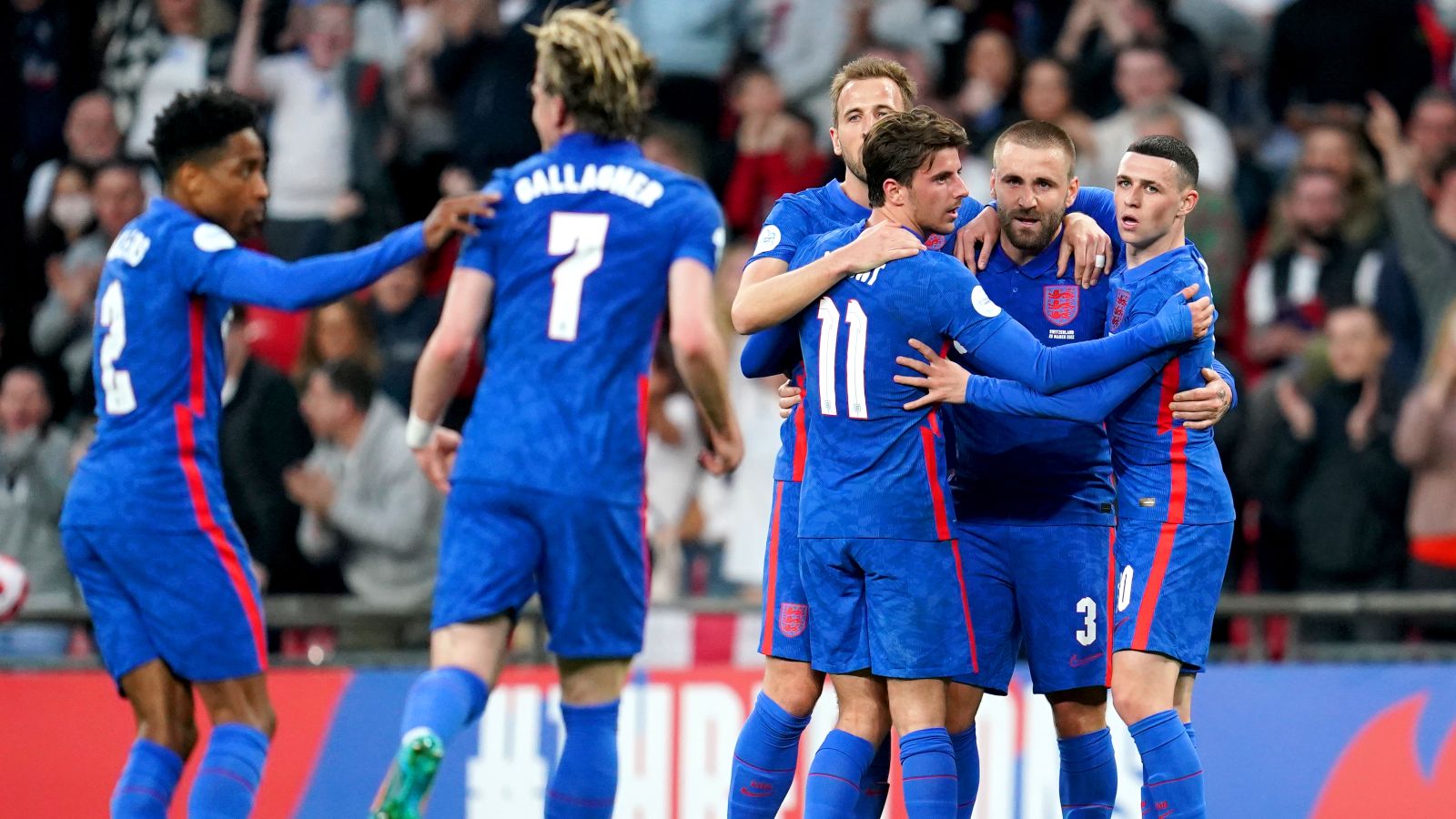 Luke Shaw came across as “smug” when talking about his situation at Man Utd in an interview after England beat Switzerland, according to Paul Parker.

Shaw struck his second international goal to draw England level at Wembley in a 2-1 victory after Breel Embolo had given the visitors the lead.

But his post-match interview soon turned to Man Utd as he hinted at his unhappiness at Old Trafford when talking about Gareth Southgate creating the right “environment” for his England players to flourish.

And Parker reckons Shaws comments were “wrong” and thinks the Man Utd left-back has made himself look “smug” as a result.

“He’s getting a good run in the England side because [Ben] Chilwell isn’t fit and there isn’t anyone at the moment currently pushing him for that spot,” Parker told Betfred.

“I thought Tyrick Mitchell did very well considering it was his debut. Shaw’s comments were wrong if I’m being honest.

🗣️ “It’s about enjoyment and playing games with a smile on my face.”

Luke Shaw says he’s enjoying his football under Gareth Southgate, and always feels ‘wanted’ when he plays for England.pic.twitter.com/ulbj4Wexas

“Everyone would have seen that as smug and a dig about what’s going on at Manchester United. When you look at his situation then you can come out and say that he’s not playing for United as he hasn’t been consistently good enough.

“It’s as simple as that. You’ve not been doing what you’re supposed to be doing. He’s fortunate that Gareth [Southgate] hasn’t got many left-backs to call on.

“Going back a bit, but if you weren’t playing for your club team then you were never going to play for your international team. He’s a fortunate player and he shouldn’t be using England to make a dig at people at Manchester United.”

Southgate still called up Man Utd defender Harry Maguire to the England squad despite his poor form at club level and Parker reckons it was down to “loyalty”.

“There’s always got to be that bit of loyalty between manager and player. I had it myself with Bobby Robson,” Parker added.

“Regarding [Fikayo] Tomori, you’ve got to equate what goes on in Italy compared to the quality of the football in this country. It’s completely different football. You have a look at the amount of goals Tammy Abraham and Romelu Lukaku scored over in Italy and then see how they’ve played in the Premier League and you can tell there’s a difference between the two leagues at this moment in time.

“Tomori has done very well and he should pat himself on the back because he made a brave move and he’s playing regular football for a big club in Italy but I don’t think he needs people screaming and shouting to be in the England squad.

“I’m sure Gareth [Southgate] is aware of the experience he’s gaining and ahead of the World Cup he may want a player who’s playing regular European football in his squad as that could come in handy.

“The door isn’t closed yet for Tomori as it’s wide open considering the amount of centre-backs England have. There’s still Max Kilman who’s yet to get an opportunity and there’s also Conor Coady who can only play in a three.

“Just because some players have missed out on these couple of friendlies, there’s still a number of competitive games in the Nations League to come before we head to the World Cup. That’s the time when Gareth Southgate will be looking to nail his team down.”