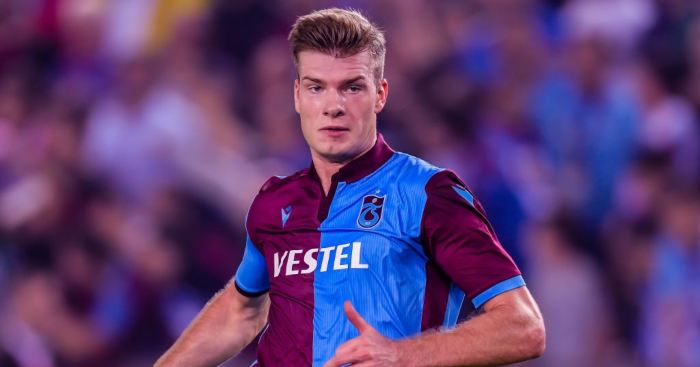 Manchester United are keen on signing Crystal Palace striker Alexander Sorloth, according to reports in Turkey.

Norway striker Sorloth signed for Palace from FC Midtjylland for £9million in January 2018 but has failed to score in 16 Premier League appearances.

The 23-year-old has netted just once in 20 outings in all competitions for the Eagles but he’s been more impressive in his latest loan spell at Turkish club Trabzonspor.

Sorloth scored five goals in 22 appearances on loan at Gent at the end of the 2018/19 season but he’s really improved at Trabzonspor this term, bagging 25 goals in 39 appearances for the Turkish Super Lig leaders.

And now Turkish media outlet Fanatik claim that Man Utd – who will be on the lookout for a new striker in the next transfer window – are one of several clubs that have shown interest in Sorloth.

The likes of Milan, Napoli, Real Madrid and Bayern Munich are also understood to be interested, while Trabzonspor have the option to make the deal permanent for just €6m with Sorloth on loan until the end of the 2020/21 season.

It is likely that the Turkish side will use that option to buy him from Palace and then Trabzonspor will only allow Sorloth to leave for offers in the region of €25-30m.