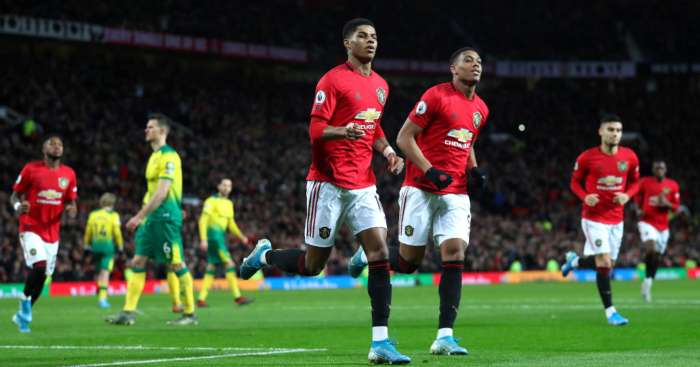 Jesse Lingard’s future at United has already come into question after it was revealed that he had linked up with controversial agent Raiola.

The relationship between the Red Devils and Raiola is understood to be strained over Paul Pogba’s future and a deal that reportedly broke down for Erling Braut Haaland.

However, that hasn’t stopped another of United’s players speaking to Raiola, with journalist David Ornstein of The Athletic (via the Daily Mirror) claiming that Rashford met up with the agent early last year with both parties impressed with how talks went.

Ornstein, who was speaking whilst appearing on the Chapman and Ornstein podcast, added that Dane Rashford and Dwaine Maynard – who currently represent their younger brother  – asked Raiola for advice on Rashford’s growing profile in the game.

The England international has been the standout performer for Man Utd this term, scoring 19 goals and providing four assists in all competitions.

Mark Chapman, who presents the podcast, said United are “sick to the core” with Raiola’s meddling.