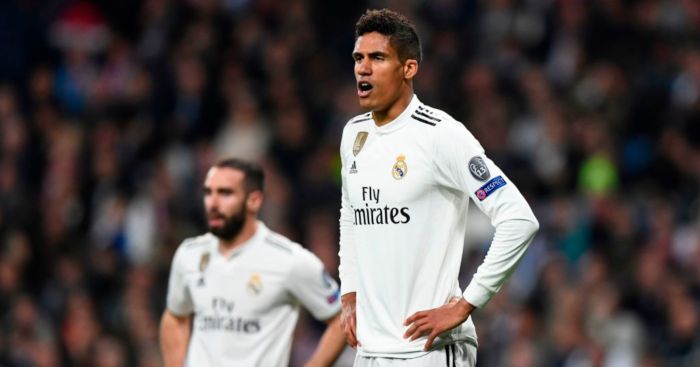 Ole Gunnar Solskjaer doesn’t believe signing a centre-back is a priority in the summer transfer window for Manchester United, according to reports.

However, the Metro claims that, despite wanting to sign up to five players this summer, Solskjaer will prioritise four other positions over strengthening the centre of his defence.

Solskjaer will look for a ‘right-back, left-back, central midfielder and right winger’ and ‘will not buy a centre-back for the sake of it’.

The report adds that high-calibre players such as Raphael Varane and Kalidou Koulibaly would be of interest but they won’t force it.

Real Madrid’s Varane would have to ‘intimate he’d be keen on a move to Old Trafford’ while Koulibaly could be a tough negotiation as Napoli would want a fee close to £100million.

Solskjaer apparently feels that his first-choice centre-back Victor Lindelof could do with a more ‘robust’ partner in the middle of defence and United are ‘prepared to wait for the right defender’.