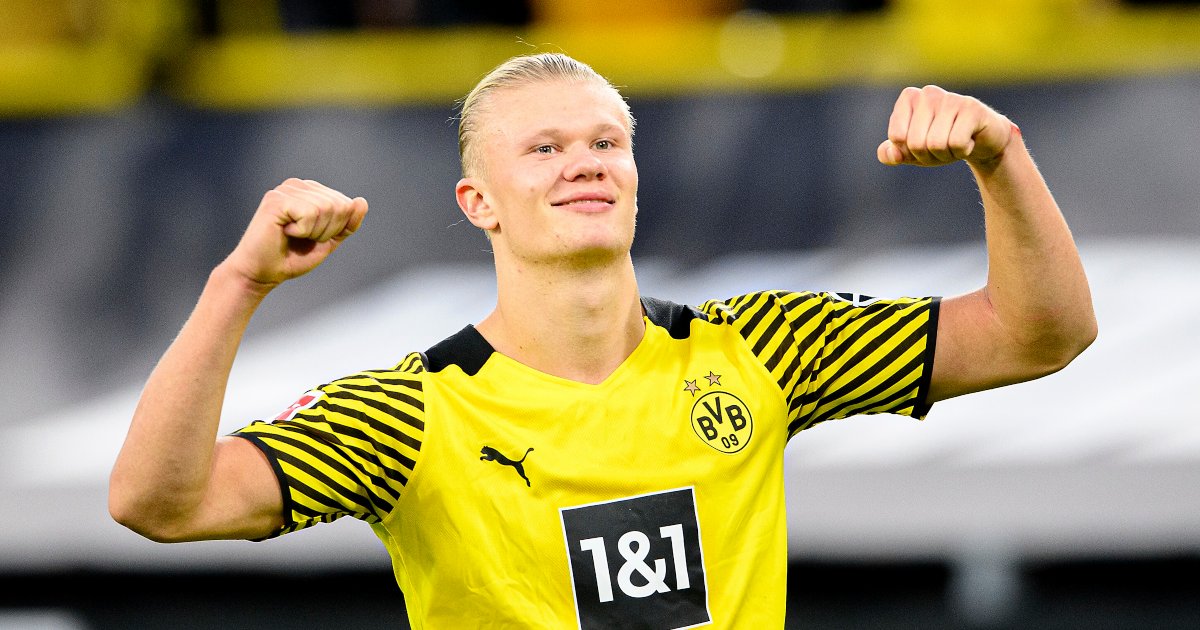 It’s international week but don’t let that stop the Man Utd clicks…even if the ‘news’ is two months old.

…which is entirely (and we do mean entirely) based on a piece in the Independent on September 17.

‘Already’ is presumably code for ‘this is really f***ing old news but Man United, innit?

Already or not
But that story looks positively ‘breaking’ in comparison with this steaming pile of doo-doo shamelessly published on the Mirror website on Sunday:

Then we spot the ‘already’. And now we know what this means.

There is some nonsense about Ronaldo and a little pop down a Harry Kane cul-de-sac before we get to the source of this ‘news’ that two men who work for the same organisation have mutually agreed on the talents of one of the world’s best footballers.

‘According to the Manchester Evening News, Solskjaer and football director John Murtough have a mutual agreement that Erling Haaland is a better option.’

Click the link and there we have it: 16 paragraphs into a 17-paragraph piece about Manchester United’s striker situation:

‘Solskjaer and the football director John Murtough are in mutual agreement Haaland is the preferred long-term number nine target.’

The date of publication: August 25.

And this is sold as news on October 10.

At least they admit it’s an ‘internal’ agreement; somebody still has some standards.

Bargain basement
Over at the Liverpool Echo, they want to squeeze the last few drops out of the Liverpool-related Newcastle takeover so they arrive here:

The ‘could’ is doing an awful lot of heavy lifting there; the list starts with Caoimhin Kelleher. Answers on a postcard why Newcastle would want to sign Kelleher – or indeed Nat Phillips – when they have just been bought by the richest owners in world football. We will wait.

Bring me the head of Emi Martinez
Arsenal have conceded just one goal in their last four Premier League games and Argentina beat Uruguay 3-0 on Sunday night. So of course this is one of the highest-profile headlines on the Mirror website:

Yes, we imagine Mikel Arteta is consumed with thoughts about Emi Martinez (“I thought I had made the right decision but now Lionel Messi has called him a phenomenon? F***ing hell. What next?”), over 12 months after he sold him to Aston Villa. We imagine a lack of chances created in a 0-0 draw with Brighton might be giving him rather more food for thought.

CAN’T quit, WON’T quit
Tottenham transfer chief Fabio Paratici has been talking about Harry Kane, who definitely “loves Tottenham”, despite the fact that he tried every last desperate trick in the book to leave Tottenham this summer. It’s how we all treat those we love.

“We’ve decided to keep Harry last summer to start the re-building, and we’re happy with our choice,” said Paratici. “There’s no need of any new talk with Harry.”

Paratici could not have made it clearer; the choice was Tottenham’s and Tottenham’s alone as Kane had hamstrung himself with that long contract. The shackles were golden and they were tight.

Surely if we have learned anything at all this summer it’s that Harry Kane CAN’T quit. It’s utterly irrelevant whether he wants to quit (he does).

Quit sticks
The language of football reporting is plain bizarre, with John Cross trying to help Alex Oxlade-Chamberlain get back to Arsenal in the Daily Mirror with this story:

‘Alex Oxlade-Chamberlain fears he might have to quit Liverpool to get more regular game time.’

He fears nothing of the sort; he is actively looking for a move away from Liverpool and preferably back to London with Arsenal. And he will not be ‘quitting’ anything unless Liverpool want to sell (which they presumably will, for the right price).