"When you're talking about a club of our size and making the top four, that's a disappointment in itself." 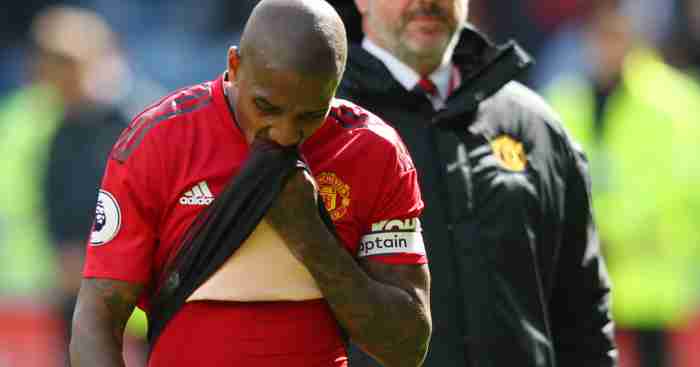 A club synonymous with success and silverware continue to stumble, with the Old Trafford giants rudderless behind the scenes and a shell of their former selves on the pitch.

Their issues were plain to see on Sunday as Huddersfield, relegated five weeks earlier, managed to cancel out Scott McTominay’s early goal and seal a memorable 1-1 draw through Isaac Mbenza.

The result ended United’s top-four hopes with a game to spare, meaning Ole Gunnar Solskjaer’s side will be playing Europa League football next season.

Juan Mata wrote in his blog to fans on Monday morning that “you deserve better, no more words needed” and captain Young underlined the team’s embarrassment after the game.

“Disappointment,” the full-back said. “I’ve said for years that our club should be talking about winning titles and winning trophies.

“We haven’t managed to get ourselves in the top four.

“We needed other teams to help us out and we needed to help ourselves and we haven’t done that.

“I think we need to go away, look at ourselves in the summer, come back fighting fit and ready to win titles and to win trophies.”

United are a long way off challenging for silverware if Sunday’s performance at rock-bottom Huddersfield is anything to go by.

And while Paul Pogba twice hit the woodwork in West Yorkshire, experienced Young knows that the manner of performance was unacceptable.

“I think if we get the second goal, the game’s dead and buried,” he said. “It’s all over.

“But we didn’t manage to go and get it and we come off disappointed and feeling like we lost the game.

“Obviously we drew the game but it’s just not good enough.”

The performance was so bad that even United’s normally raucous travelling support were hushed at the John Smith’s Stadium.

“It’s a massive disappointment for the supporters, especially they’ve been there up and down the country, following us around Europe,” Young added.

“They’ve been magnificent. I’ve always said they’ve been brilliant for us.

“It’s now down to us to get ourselves back fighting fit for the new season.”