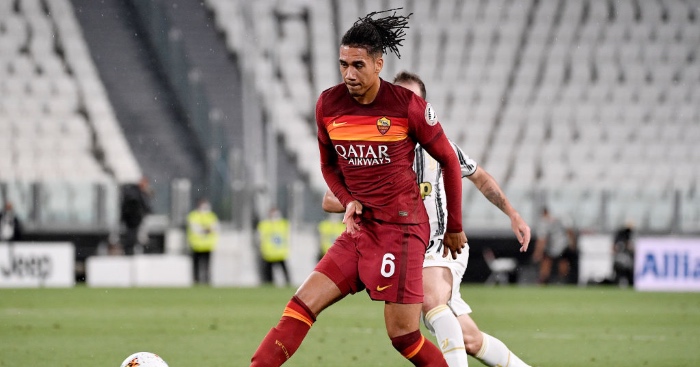 Man Utd and their Chief Executive Ed Woodward were wrong to sell Chris Smalling to Roma, according to former England international Paul Robinson.

Smalling joined the Italian side for £18 million after making 30 appearances for the club last season.

His time at United came to an end after he was replaced by the likes of Eric Bailly, Harry Maguire and Victor Lindelof at centre back.

However, Robinson believes that the Red Devils should have kept the Englishman as he could have solved their defensive woes.

Speaking to Sky Sports (via Daily Express), he said: “I just don’t understand it. Manchester United need a centre-half, you’re looking at a top central defender who’s had a good season last year on loan at Roma.

“Roma wanted him back, is he not a centre-back that United would be looking at to buy at that kind of level? I really can’t understand why they’ve let him go.

“I think he’s had criticism levelled at him because maybe he’s not able to play as well as others are with his feet at the back.

“But he’s a great defender and the art of defending at times we’ve seen this season is going out of the game.”

“Somebody like him alongside Harry Maguire is maybe what they’ve been looking for in the transfer market, yet they’ve seen it fit to let him go.”

United’s defending has been poor in recent matches. They conceded six goals to Jose Mourinho’s Spurs on Sunday, taking their total number of goals conceded in the Prem this season to 11 in just three matches.

United boss Ole Gunnar Solskjaer was in the market for a new defender this summer. They were closely linked with a move for Dayot Upamecano from RB Leipzig, although it looks like they’ll have to wait until next year.

Smalling has seemingly had a revival while in Italy and will be looking to prove a point. He spent ten years at Old Trafford and made 300 appearances for the club in total.