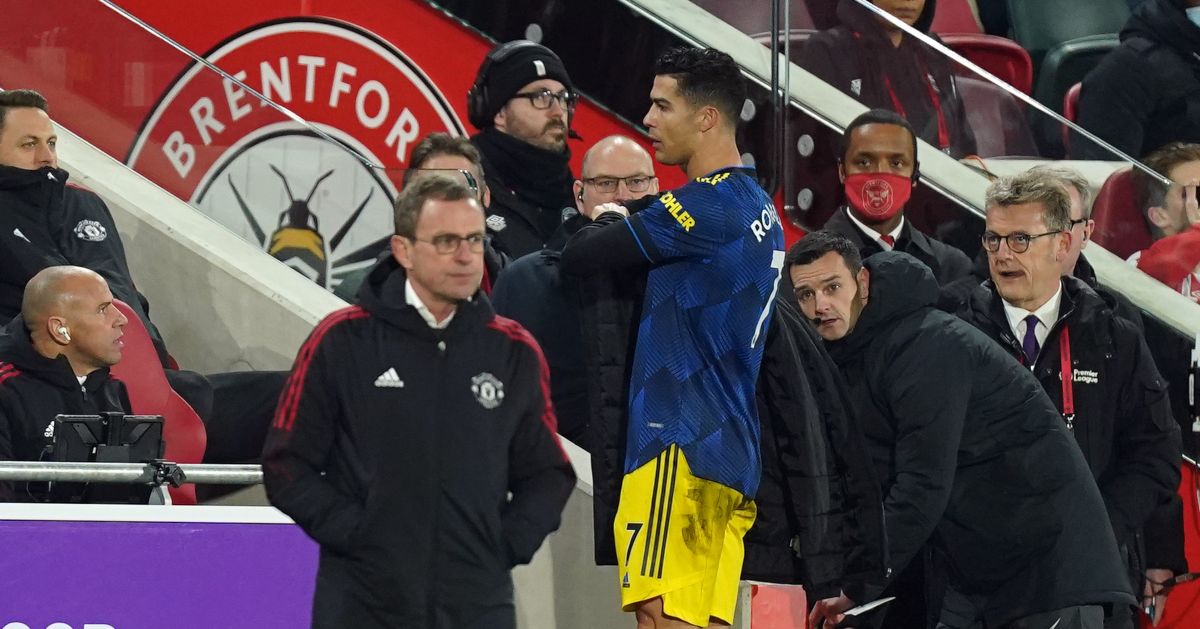 Manchester United made a mistake in going against their policy of signing young players under Ole Gunnar Solskjaer to bring Cristiano Ronaldo to the club, according to Paul Ince.

Ronaldo returned to Old Trafford in the summer from Juventus and started well, scoring crucial goals in both the Premier League and Champions League.

MAILBOX: Maybe this sh*t is all part of a cunning plan for Man Utd?

But as the goals have dried up, the 37-year-old’s frustration has grown, and Ince claims United should have gone after Erling Haaland an avoided the bad example Ronaldo is setting for the young players at the club.

“When Ole first took the helm the project was about going young but all of a sudden they were bringing in 37-year-olds,” Ince told The Sun.

“You think, ‘why didn’t you just go and get Haaland?’ You didn’t need Ronaldo, but it’s just the fact that everyone thought he was going to Man City.

“Everyone thought it was great when he first came and if it wasn’t for Ronaldo, they wouldn’t still be in the Champions League.

“People were saying he would be great for the club, the players and the youngsters. We thought that would be the case but the example he is setting, by throwing his toys out of the pram, is a bad one. Why would you listen to someone who is prepared to act the way he is?

“As we’ve seen on numerous occasions – running down the tunnel, not clapping fans, sulking – it’s not a good example to set.

“I get the frustration but you’ve got to take that out behind closed doors, not in full view of the fans and cameras.”

He continued: “He was flying when he started but then he stopped getting the service, started dropping deeper to where he wasn’t a danger to anybody, and then the frustration came.

“He is a selfish player – Ronaldo is about Ronaldo. If he isn’t scoring, he won’t be happy. We saw it at Juventus when, after he left, Giorgio Chiellini said they can be a family again.

“It should be about Manchester United and the team but it’s become all about Ronaldo, and now we are seeing the full frustration.”

Ronaldo’s contract in Manchester expires in the summer of 2023, but he has been linked with a return to Real Madrid this summer.

“Whether he stays next year, I don’t know,” added Ince. “It depends on who comes in at the end of the season. If Rangnick stays, I think you’ll see Ronaldo going.

“If Mauricio Pochettino comes in, he might stay. But Ronaldo has to play – you can’t be paying someone half a million pounds a week to sit on the bench against Burnley when you need three points.

“If he’s not playing, I can’t see him being here next season.”