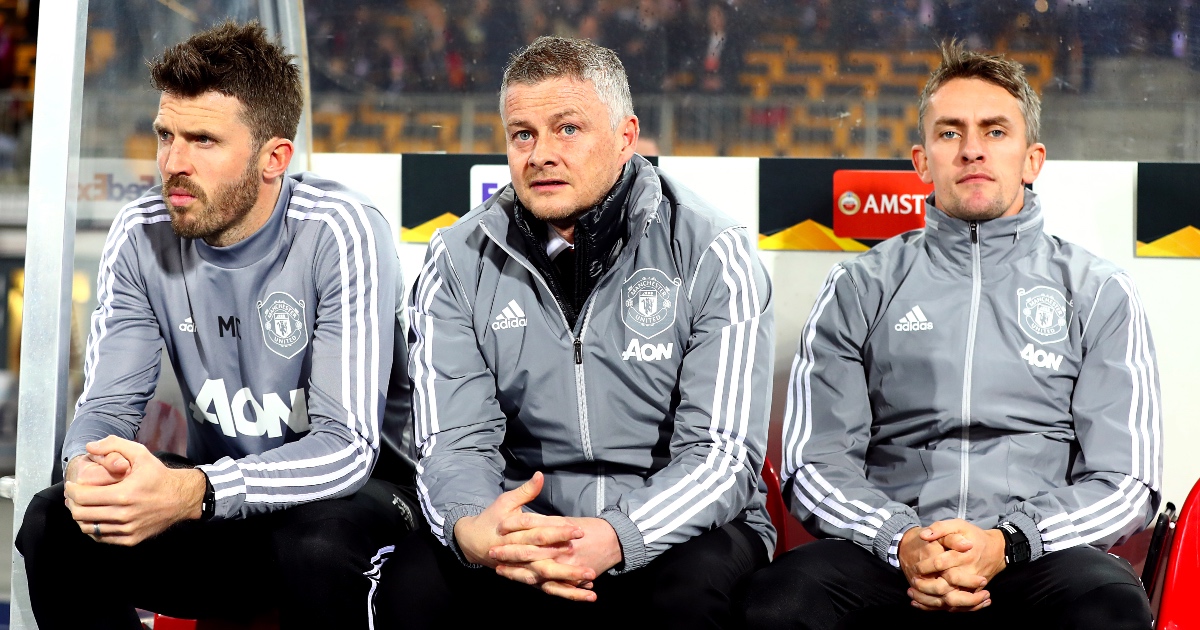 The training sessions at Manchester United have been described as ‘more suited to academy football’ by a club source.

Ole Gunnar Solskjaer is under huge pressure at Old Trafford, with various reports coming out over the players’ ‘lack of faith’ following the 5-0 drubbing by Liverpool.

United are said to be in contact with potential replacements, including Antonio Conte, but it seems the board will give the Norwegian a bit more time to turn things around.

As well as criticism for their performances on the pitch, Solskjaer and his coaching staff are also under scrutiny for their work on the training field.

Solskjaer tends to watch sessions from the sidelines with Mike Phelan while Kieran McKenna and Michael Carrick take charge.

And the Irish Independent report that club sources have desribed McKenna’s drills as being ‘more suited to academy football’ rather than for the first team of a side in the Champions League.

McKenna was promoted to his first team role while Jose Mourinho was at the wheel, having coached the under-18 side for two years.

Carrick is in his first coaching position having retured in 2018 after 12 years as a United player.

Their inexperience as coaches has been criticised, with Jamie Carragher slamming the United coaching team after Sunday’s defeat.

Speaking on Sky Sports, Carragher said: “Manchester United should have the best coaches in the world. Yes, Mike Phelan came in, but I don’t think he’s the coach.

“Michael Carrick, Kieran McKenna, they have never coached before in their lives. They can’t be all there at the same time. You have to have someone who has been there and done that.”

The report also claims that Solskjaer is hands off when it comes to the key team talks the night before games, with the task of laying out the main tactical briefing alternating between McKenna and Carrick. Which begs the question: what does Solskjaer actually do?

Meanwhile, The Sun reported that a ‘furious’ Paul Pogba snubbed Solskjaer in the dressing room after defeat to Liverpool, before the midfielder called out their bullsh*t.