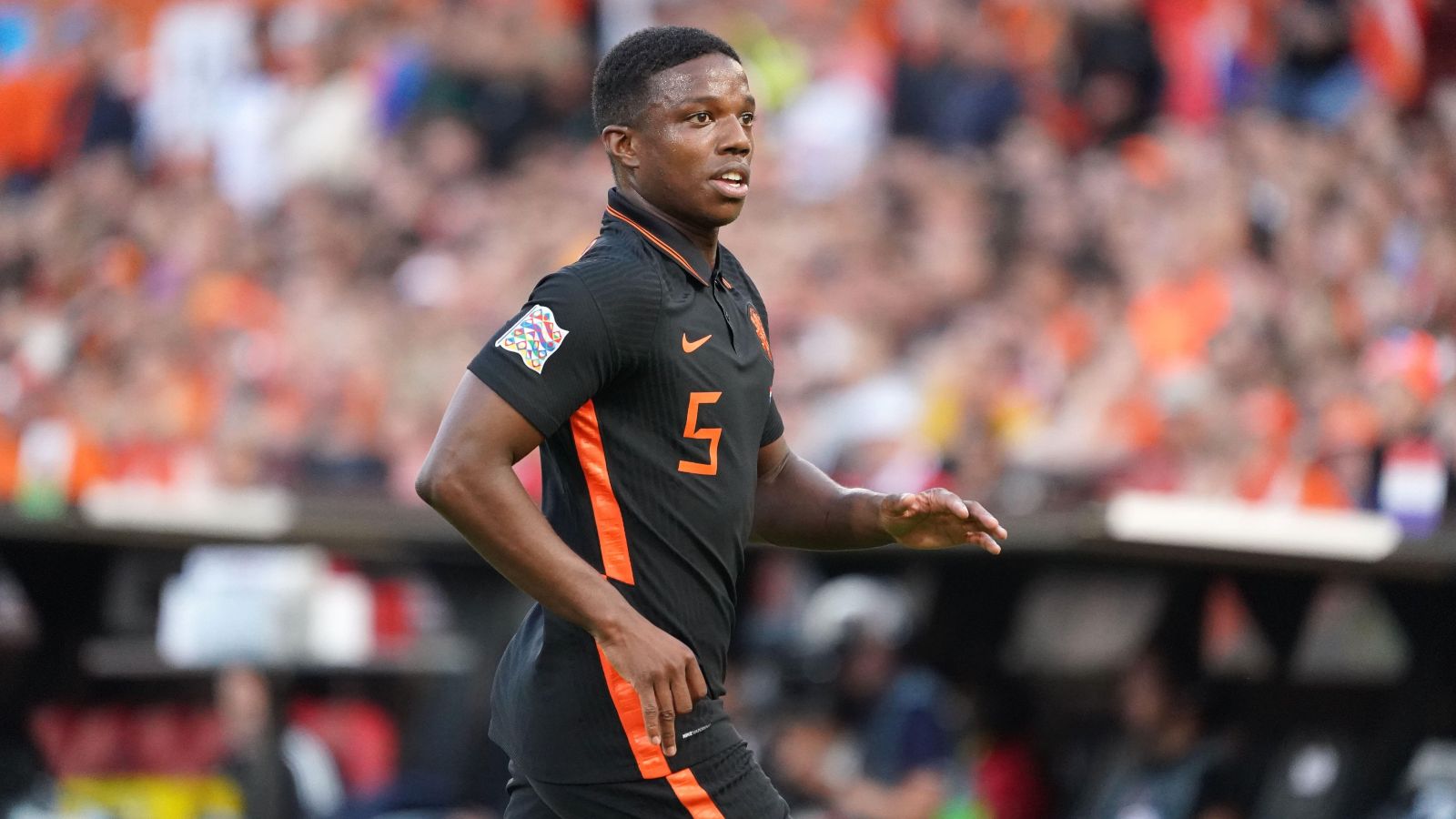 Man Utd are set to make Netherlands internationals Frenkie de Jong and Tyrell Malacia their first two signings of the summer as a report claims all their targets have been ‘thoroughly scouted’.

It had appeared that the Red Devils were struggling to get their top targets over the line this summer with a number of their ‘Big Six’ rivals making a number of signings already.

Like all clubs, there has been a pressure on them from supporters to get deals done and now it looks like their transfer window is about to accelerate.

The Manchester Evening News claims that Man Utd ‘have agreed deals in principle’ for both Barcelona midfielder De Jong and Feyenoord defender Malacia.

A €65m deal plus add-ons is expected to be wrapped up for De Jong in the near future, while Man Utd hijacked Lyon’s deal for Malacia on Tuesday with the Red Devils agreeing a €15m fee ahead of an imminent transfer to Old Trafford.

There has been a common theme with Man Utd targets this summer with most of the players they have concrete interest in coming from the Netherlands, currently playing in the Eredivisie or having played under Ten Hag in the past.

De Jong and Malacia are both Netherlands internationals, while Lisandro Martinez and Antony – who play in the Eredivisie for Ten Hag’s former club Ajax – are understood to be next up on their list of targets.

Even Christian Eriksen – who is believed to be a target – played for Ajax in the Eredivisie until 2013 but a source has told the MEN that all of Ten Hag’s targets have been scouted properly.

‘Ten Hag favours reinforcements affiliated with Ajax or Dutch football and United have not vetoed any of his suggested targets. Club sources claim all players of serious interest have been thoroughly scouted.’

And former Arsenal midfielder Paul Merson thinks Man Utd “need at least three or four players” just to challenge for the top four next season under Ten Hag – but he reckons De Jong would be a good start.

“If Ten Hag managed for the rest of his life, it’ll never be harder than what he’s taking on now,” Merson told Sky Sports.

“This is a massive job. It’s the biggest club in the world and he is taking over when they’re in disarray.

“He needs to bring in as many players as he can because this team is not going to get you in the top four.

“They need to bring certain players in – (Frenkie) De Jong at Barcelona, he’s a good footballer – and then you move on from there. They need at least three or four players just to make a challenge for fourth place.”