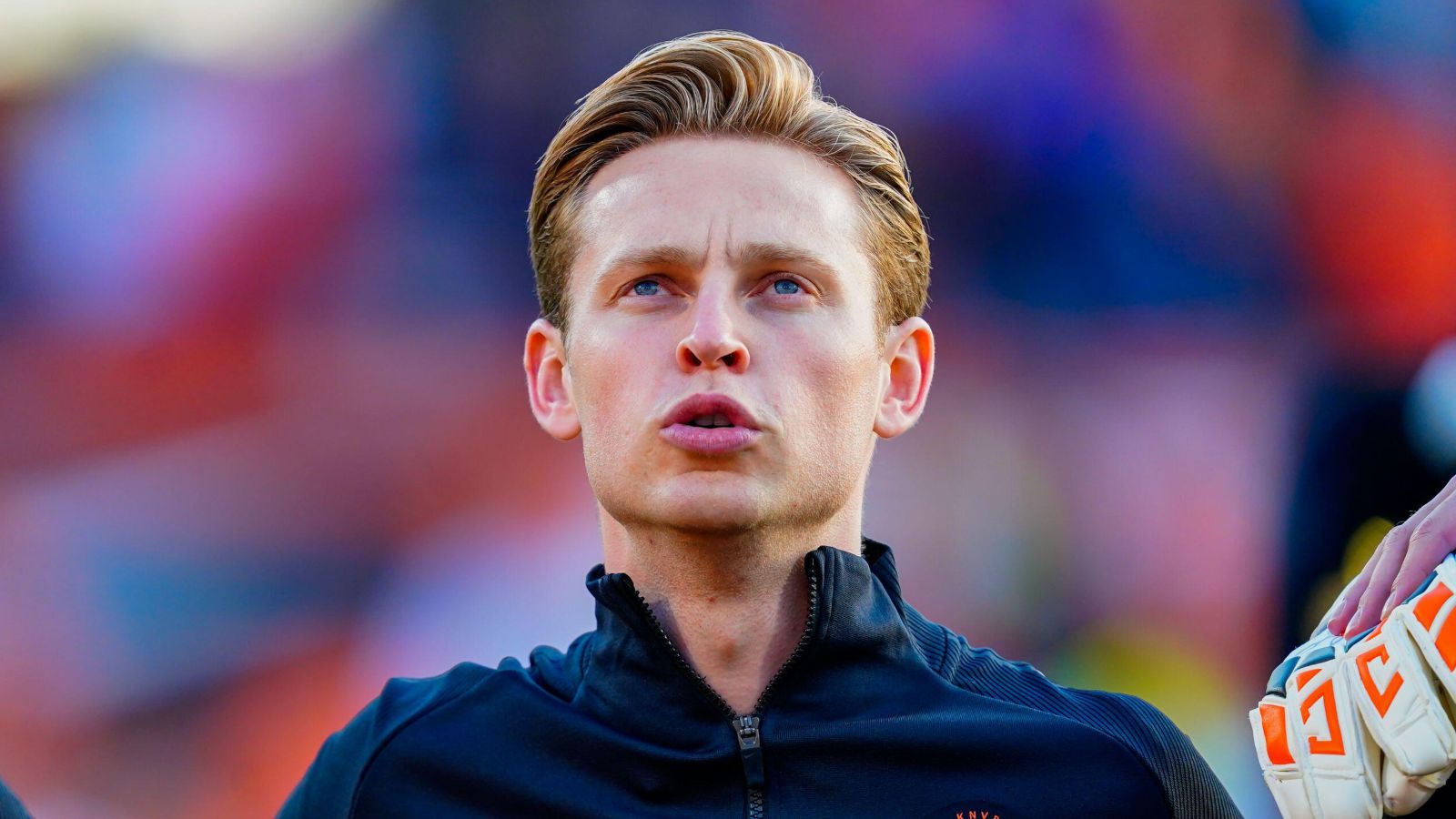 According to reports, FC Barcelona midfielder Frenkie de Jong is a ‘priority’ signing for Man Utd this summer.

Erik ten Hag has taken over at Man Utd ahead of the 2022/23 campaign. He is coming off a successful spell at Ajax.

The Dutchman managed De Jong during their time together at the Eredivisie outfit. The centre-midfielder lifted the league title and KNVB cup in 2018/19.

Was Souness right all along about Pogba at Man Utd? Plus, Chelsea, punditry, Vieira…

De Jong has spent the last three seasons at Barcelona, playing 140 times in the process.

Man Utd are known to be admirers of the midfielder who Barcelona signed for an initial £64m in 2019.

Richard Arnold replaced Ed Woodward to become United’s new chief executive back in February. The Telegraph are reporting that Arnold is ‘well aware they need to shed a reputation for overpaying for good and mediocre footballers’.

De Jong is a ‘priority’ for the Red Devils this summer as he will help ‘United play the way Ten Hag wants’.

The report adds that while Barcelona ‘want £73m’ for De Jong, Man Utd ‘value the Dutch midfielder at around £56m’.

Elsewhere, Arnold says last season was a “f***ing nightmare” for Man Utd and admits they have “f***ing burned through cash”.

Arnold was appointed to succeed Ed Woodward in February, with his first major move to seal a deal for Erik ten Hag to be the club’s new manager.

Arnold’s candid statements, in which he admitted the club have “blown through an enormous amount of money” and have nothing to show for it, were secretly filmed by fans who talked to Arnold at a pub in Cheshire.

He told the group of supporters: “We spent a billion pounds on players, more than anyone in Europe.

“I’m not thrilled where we are. It doesn’t sit easy with me and I worry how we get this sorted for the future. What’s happened is we have f****** burned through cash.

“You can’t go to our training ground and say “show me where the £1 billion is” because we haven’t spent money well historically. We’ve blown through an enormous amount of money.”

He added: “I look at last year as a f****** nightmare. it was a nightmare. I was hating every game, it was a couple of things. One of the protests…” before the video eventually cuts out.