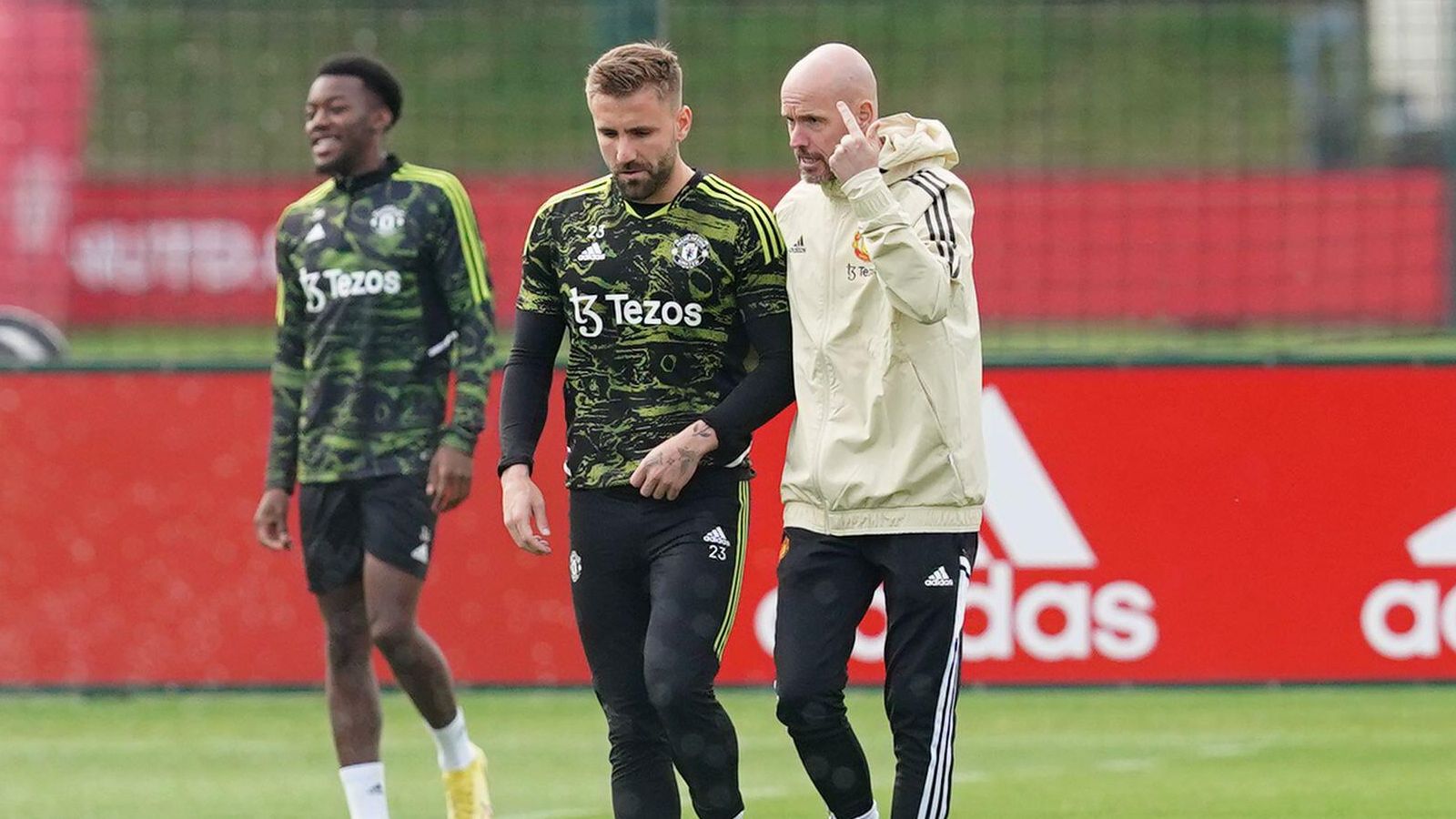 Man Utd left-back Luke Shaw has been “extremely impressed” with Erik ten Hag and he thinks they are making “big strides” under the Dutchman.

Ten Hag’s start to life at Man Utd has not been simple as he has had to deal with issues off the pitch and inconsistent performances.

But there are signs that they are on the right path even with them suffering disappointing defeats against Brighton, Brentford and Real Sociedad.

United have countered that by beating Liverpool, Arsenal and Tottenham Hotspur in clashes in the Premier League.

Shaw found himself down the pecking order earlier this term as Ten Hag signed Tyrell Malacia for £13m from Feyenoord.

But the Englishman has returned to the fold of late and the increased competition has pushed him to return near to his best.

Earlier this month, Shaw praised Ten Hag as he recognised that the manager is keen to “keep everyone on their toes”.

The full-back has now lauded Ten Hag for his man-management.

“He speaks to the players individually quite a lot,” Shaw said (quotes via United’s official website).

“I think, from the start of pre-season, I could see what sort of manager he was going to be and I was extremely impressed with the way he came across, not just in terms of how he speaks to you, but his ideas of how he wants his team to set up.

“His structure and the way he wants to play with the ball and without the ball – it was really impressive.

“Things obviously take time, but I think we’re going in the right direction and I think it could be a really good next few months because I feel like we’re taking the right steps.

“I think there has been a massive improvement. The start of the season was obviously nowhere near good enough, we all knew that, but I think, since then, we’ve taken a lot of big strides [forward] and good strides, but I think there is still a lot more to come.

“We know we can do better – for example against Newcastle at home, we have to be winning those games and taking three points instead of one. But there has definitely been improvements and there is still a lot more to come.”

These comments have come shortly after it was confirmed that Cristiano Ronaldo has returned to first-team training.

Ronaldo was initially banished from the first-team after he refused to come on as a substitute in United’s 2-0 win over Spurs.

The 37-year-old is now in contention to feature for United against FC Sheriff in the Europa League on Thursday evening.

Fabrizio Romano reported on Wednesday morning that Ronaldo is “really sorry” about how he acted during the Tottenham game.

READ MORE: Top 10 greatest Premier League goalscorers of all time before Haaland smashes them all