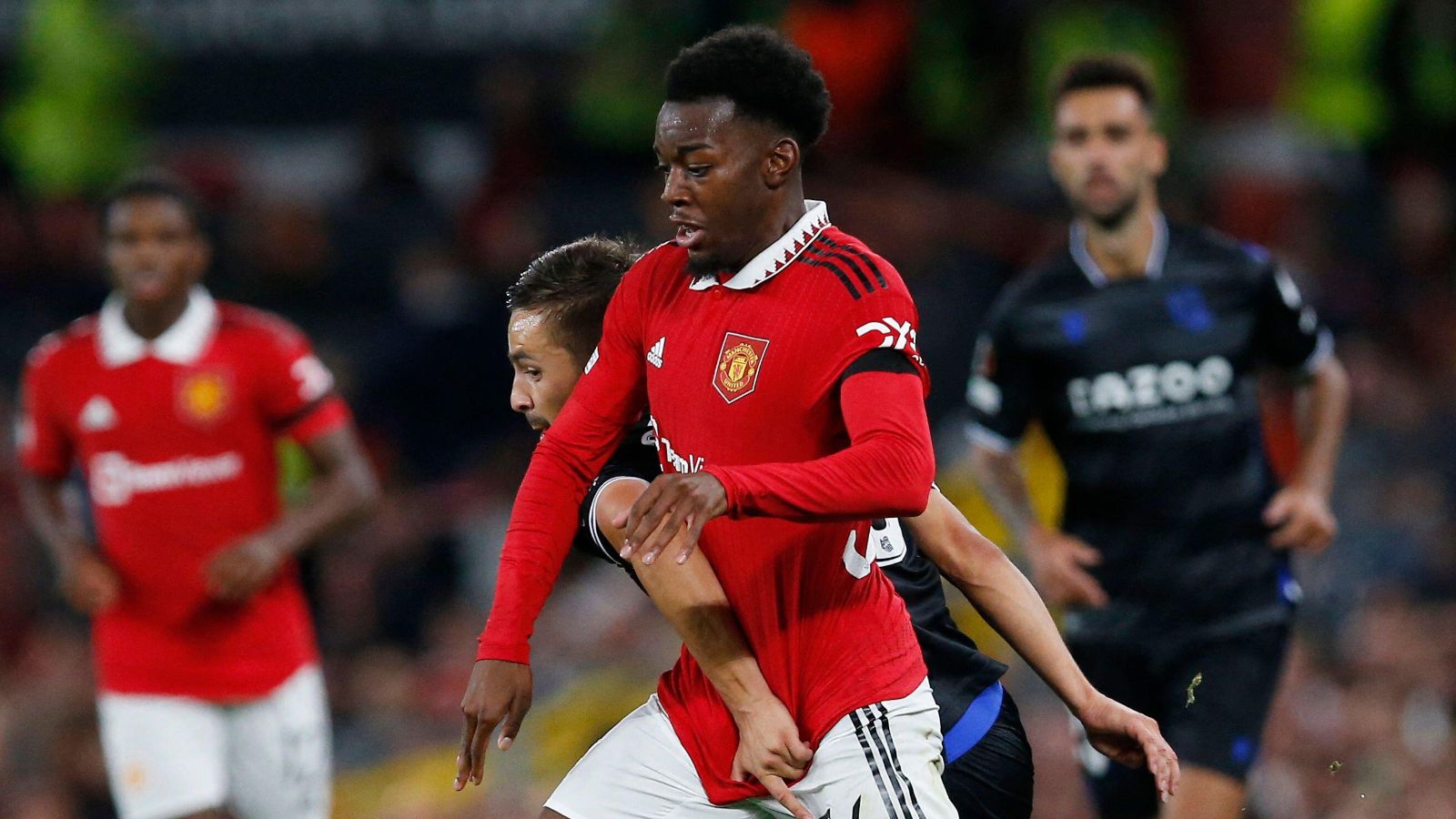 It has been suggested that Man Utd youngster Anthony Elanga “deserves to play more” as the winger has “incredible potential” and could be a “top player”.

United endured a torrid season in 2021/22 under Ole Gunner Solskjaer and Ralf Rangnick.

The club finished sixth in the Premier League and they also did not come close to winning a trophy.

Only a couple of players were able to come out of the campaign with their head held high and Elanga is one of them.

The 20-year-old was thrust into action last season and he was a regular for United at senior level sooner than most people anticipated.

Elanga went onto make 27 appearances for the Red Devils across all competitions but he has fallen down the pecking order since Erik ten Hag arrived in the summer.

He has only started four times in the Premier League and he has not played the full 90 minutes in any of his 14 appearances overall.

United were beaten 3-1 by Aston Villa over the weekend and Elanga made a brief cameo appearance in that game.

TalkSPORT journalist Alex Crook claimed after the defeat that Elanga should be on loan in the Championship.

“They brought on Elanga in the second half. Now with the greatest respect in the world, he should be on loan at Birmingham City or someone in the Championship,” Crook told talkSPORT.

“He should not be coming off the bench for a Man Utd that want to get into the top four.”

A loan away from Old Trafford was on the table for Elanga but Ten Hag ‘made the call’ to keep him.

Transfer guru Fabrizio Romano has responded to the comments from Crook. He thinks Elanga could be a “big part” of United’s future but he “really needs to play more”.

“I’m sure Manchester United fans will have seen the comment on talkSPORT that Anthony Elanga looks like a player who ‘should be on loan at Birmingham’,” Romano wrote in his column for Caught Offside.

“So, what is his situation? Personally, I think Elanga really needs to play more. There was some interest in a potential loan deal in August but Man United decided to keep him.

“We’ll see if they change their minds about that, but at the moment the situation is quiet.

“As I said, though, in my personal opinion he deserves to play more as he has incredible potential.

“He might not be completely ready to take this United team by storm, but I see a top player in there who could be a big part of the club’s future if his development is handled well.”

READ MORE: Are Newcastle United in the title race? They have spent money better than Man Utd