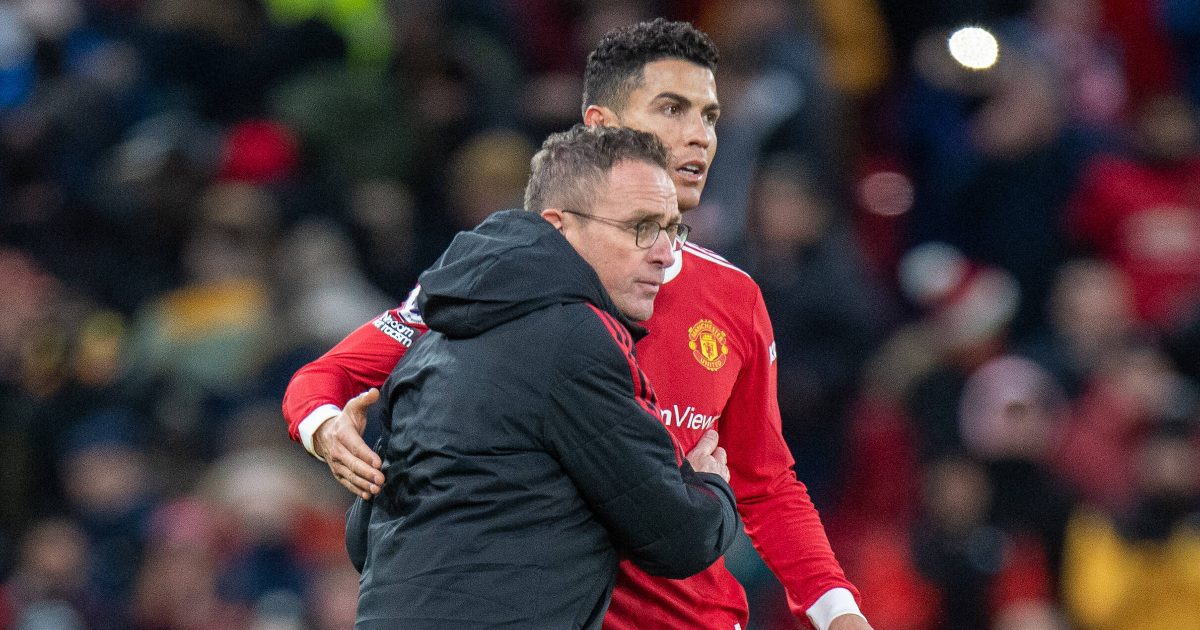 It was confirmed at the start of December that Rangnick was United’s new interim manager. He is set to remain in charge until the end of the 2021/22 season.

Man Utd are unbeaten from his three games in charge. They have beaten Crystal Palace and Norwich City 1-0 in the Premier League and they drew 1-1 against Young Boys in the Champions League.

After having two games postponed due to Covid-19, the Red Devils are back in action on Monday as they face Newcastle.

Ahead of that game, De Gea has revealed that “every moment with Rangnick is intense”:

“It’s great. It’s good to have the whole team back to train properly altogether and then of course see they are all safe,” De Gea told the club’s official website.

“They are back, they are all training, they are fine so it’s great to be together again.

“We’ve been training hard, of course. It’s very intense, every training session, every moment with him [Rangnick] is intense.

“You have to give 100 per cent every time in training and in the games. Let’s see. It’s just the beginning, it’s been a couple of weeks, so let’s see in the future.

“The team is training with energy, with pace, and now we have to show that in big games.”

De Gea has helped Man Utd register two clean sheets in a row in the Premier League. He added that not conceding as many goals is the “most important thing”:

“Yeah, I think the most important thing for us is to keep clean sheets,’ he added.

“If we concede fewer goals, then we have top players up front who are going to score goals and win games.”

Elsewhere, Michael Owen has made a prediction for Monday’s game between Man Utd and Newcastle:

“This is one of my favourite fixtures and St James’ Park will be noisy for this one. Newcastle continue to struggle, mainly at the back,” Owen said.

“I’ve said all season that I don’t worry about the goals in this side. Callum Wilson is a natural goal scorer, but they need to improve defensively.

“They’ve been in a difficult run of fixtures though, and things will get easier from now. I’m very interested to see how Man United perform.

“There’s been some signs of change from the new boss in terms of pressing and how he wants them to play. He’s had some time with the squad to get more of his ideas across and it will be fascinating to see how they play.

“With the home fans behind them, I can see Newcastle scoring. I don’t trust them at the back though and United will score a couple of their own.”