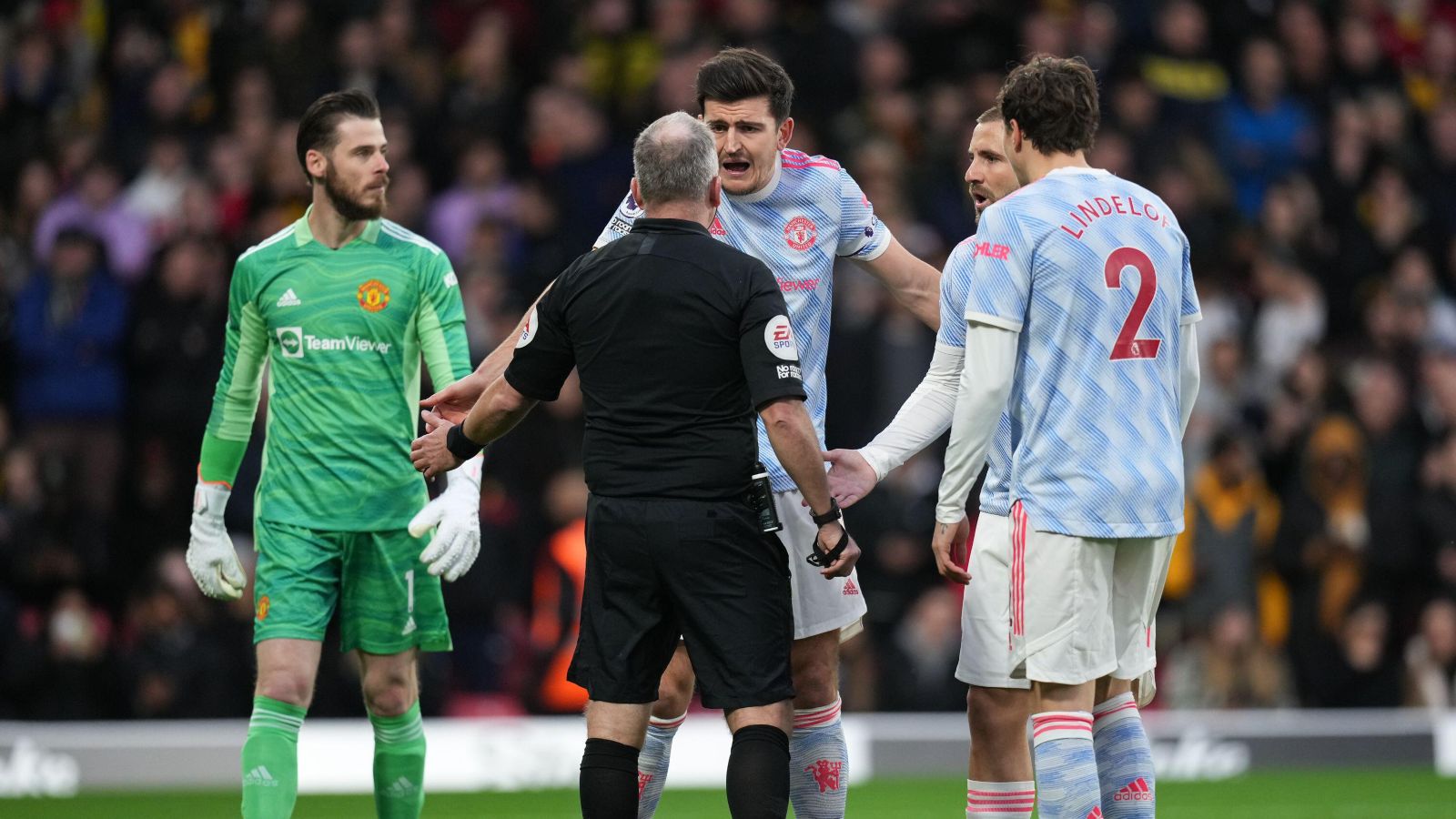 Man Utd and England defender Harry Maguire has been told that he “needs to leave” the Premier League club during the upcoming January transfer window.

Maguire finds himself down the pecking order at Old Trafford. Erik ten Hag has made it clear this season that he prefers Raphael Varane and Lisandro Martinez at centre-back when everyone is fit.

The Englishman’s form declined last season and he has only started three Premier League games this term.

Admittedly, he has missed several games due to a hamstring injury, but he has a fight on his hands to win over Ten Hag.

It was even feared that his lack of game time and injury issues could see him miss the World Cup.

But Gareth Southgate has kept faith in the defender, who performed well before being subbed off earlier this week against Iran.

Maguire was unwell during the 6-2 victory but it is understood that he is set to start against the United States on Friday evening.

The defender was linked with a surprise move to Chelsea in the summer and ex-England boss Sam Allardyce thinks he may “need to leave” United.

“Harry Maguire silenced the critics straight away. People say it was only Iran, but it was a big moment for him, everyone was looking at him, and he handled it brilliantly,” Allardyce said on the No Tippy Tappy Football podcast.

“It leaves him in a great dilemma when comes back to [Manchester] United because if he isn’t going to get picked, he needs to leave.

“He’s certainly proven to everyone in the press, who were trying to pressurise Gareth [Southgate] not to play him and saying he isn’t good enough to play for United or England. He’s proven that is nonsense.”

“[Teddy] Sheringham was saying on the radio ‘maybe this coach [Erik ten Hag] isn’t very good if Harry can play that well for England and he decides not to play him’.

“He has been terrific for England, if Gareth wants to trust him, then we trust Gareth, happy days. We’ll all have a go at picking the team, but Gareth trains them, he is with them, he is on them, I love what he is doing.

“It’s incredible how we turned on the ones that missed the penalties. [Marcus] Rashford came on and stuck it in the back of the net, and Bukayo Saka too.

“I said they hadn’t done anything in an England shirt, but Gareth believes they will, so give them a chance. Unfortunately, Jadon Sancho didn’t get picked this time, but if that’s how you see it Gareth, then leave him out.

“It’s brave for him to bring these young players in. Jude Bellingham is great, it’s fantastic what he is doing.”