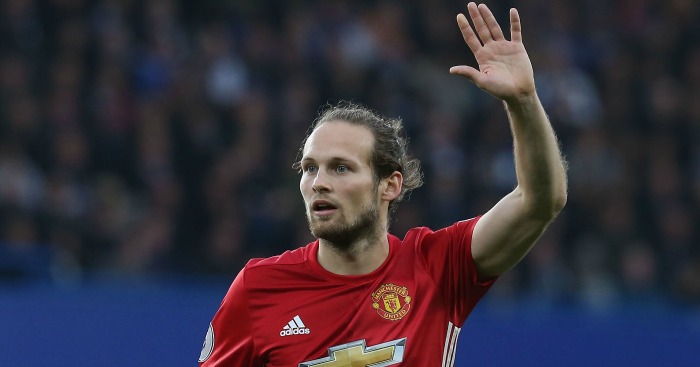 Daley Blind has completed his transfer from Manchester United back to his former club Ajax.

Blind has signed a four-year deal with the Dutch club, whom he left four years ago to join United in a £14million deal.

‘First of all I want to say how proud I am to be a part of the Manchester United family,’ he posted on Twitter.

‘To play for the biggest club in the world with such a history meant a lot to me. I had 4 great years with 4 trophies!

‘I want to thank everyone, the managers, coaches, the medical department, everyone who helped me to settle in so quick at the beginning, of course my teammates and last but definitely not least the fans!

‘I want to thank you for all the love and support I received and still get. I will never forget some of the special games and moments. I will miss ‘The Theatre of Dreams’! But now it’s time to go home.’