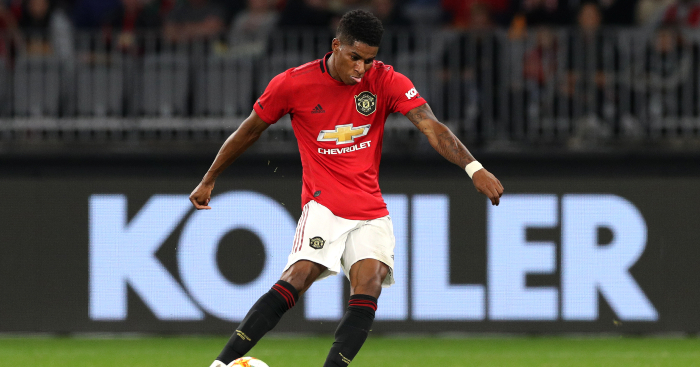 Manchester United striker Marcus Rashford insists he is focussed on his own game but admits to being pleased with Cristiano Ronaldo comparisons.

22-year-old Rashford has netted 10 and provided four assists in 16 league outings so far this season and has been particularly impressive in recent weeks.

And given Rashford is young, largely plays on the wing, is fast and hits his free-kicks in a very similar fashion to former Man United star Cristiano Ronaldo, the comparisons are understandable.

Rashford has now spoken out about being compared to Ronaldo.

He told Sky Sports News: “I think as a forward player, ever since I’ve come through, they always compare you with forwards that have been in the past and it’s something that you don’t really have much of an input on.”

“All you do is try to do your best on the pitch and then people outside do the talking about it.

“It will be a similar thing for [the next crop]. You see the other young players coming through now, they’ll have it in the future as well where they’re always being compared to other forwards.

“It’s just a thing people like to do with forwards so it’s obviously nice, definitely a compliment.

“For me, I understand how far I’ve got left to go to reach the heights they reached so I am very clear-minded and just focused on myself.” As quoted by