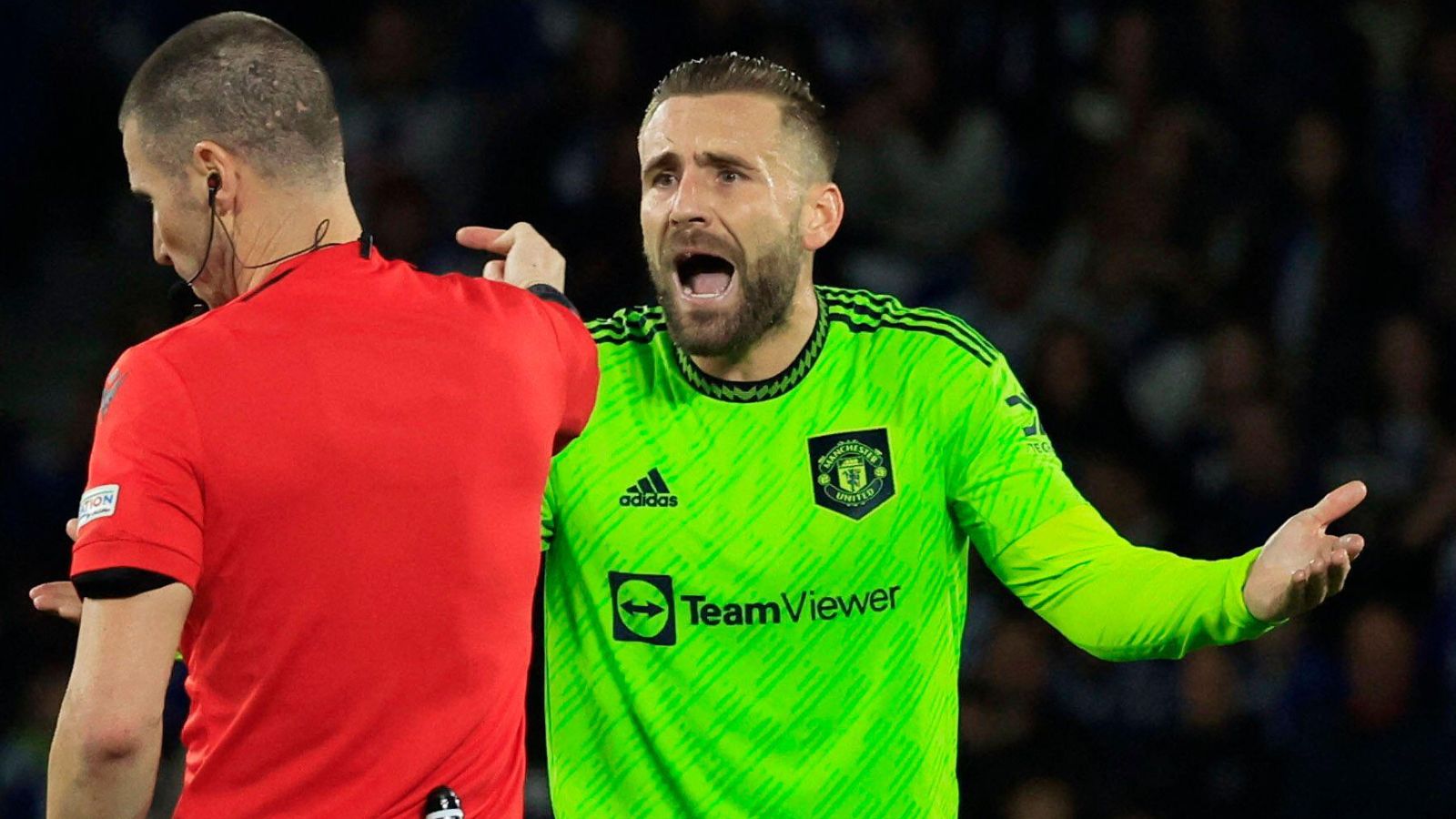 Man Utd defender Luke Shaw reportedly ‘remains in talks’ with Everton after the parties had discussions in the summer about a transfer.

Shaw’s form for United has been up and down over the past few seasons. He was one of their best players in 2020/21 but his performances declined last term under Ole Gunnar Solskjaer and Ralf Rangnick.

Erik ten Hag took over in the summer and one of his main goals before this season was to recruit a new left-back.

They managed to secure the services of Feyenoord defender Tyrell Malacia in a deal worth around £13m.

Malacia started the 2022/23 campaign in the team but in recent weeks he has lost his place to Shaw.

The Englishman tends to perform better when his place in the team is in doubt.

He has largely performed well but he was subbed off during Man Utd’s 3-1 defeat against Aston Villa on Sunday afternoon.

Shaw’s long-term future remains in doubt as his current contract is due to expire in 2023. United do have the option to extend his deal by a further year, though.

Football Transfers are reporting that Shaw ‘did have talks with Everton and Leicester City over the summer’.

Talks with Everton are reportedly ‘still ongoing’ as Frank Lampard is ‘hugely keen’ on recruiting the left-back.

But Shaw is not so eager as his ‘ambition’ is to get a new five-year deal to remain at United.

United have doubts about Shaw though with ‘talks yet to begin’. They are said to be ‘concerned about his injury record’ even though his ‘physical turnaround’ has been ‘impressive’.

Shaw is one United star who has praised Ten Hag in recent weeks.

“I think, from the start of pre-season, I could see what sort of manager he was going to be.

“I was extremely impressed with the way he came across, not just in terms of how he speaks to you, but his ideas of how he wants his team to set up.”

The report goes onto add that Erik ten Hag’s ‘priority above all else is the right-back position’.

Football Transfers point out that Bayer Leverkusen’s Jeremie Frimpong is ‘being watched’.

But if United do not sign a new right-back in January, Victor Lindelof ‘can take up the spot if Diogo Dalot is injured’.

Dalot is clearly Ten Hag’s first-choice as the Portugal international has hsone this season.

The Dutchman’s potential use of Lindelof at right-back is a ‘huge indication of the lack in faith’ he has in Aaron Wan-Bissaka.

The defender is yet to start this season and he is not part of Ten Hag’s plans.

Crystal Palace were keen to re-sign him during the summer but he was not given permission to leave as United were unable to sign a replacement.

They were linked with FC Barcelona’s Sergino Dest but he eventually joined Serie A side AC Milan on loan.

READ MORE: The 20 best footballers available on free transfers in 2023 including Messi and Rashford