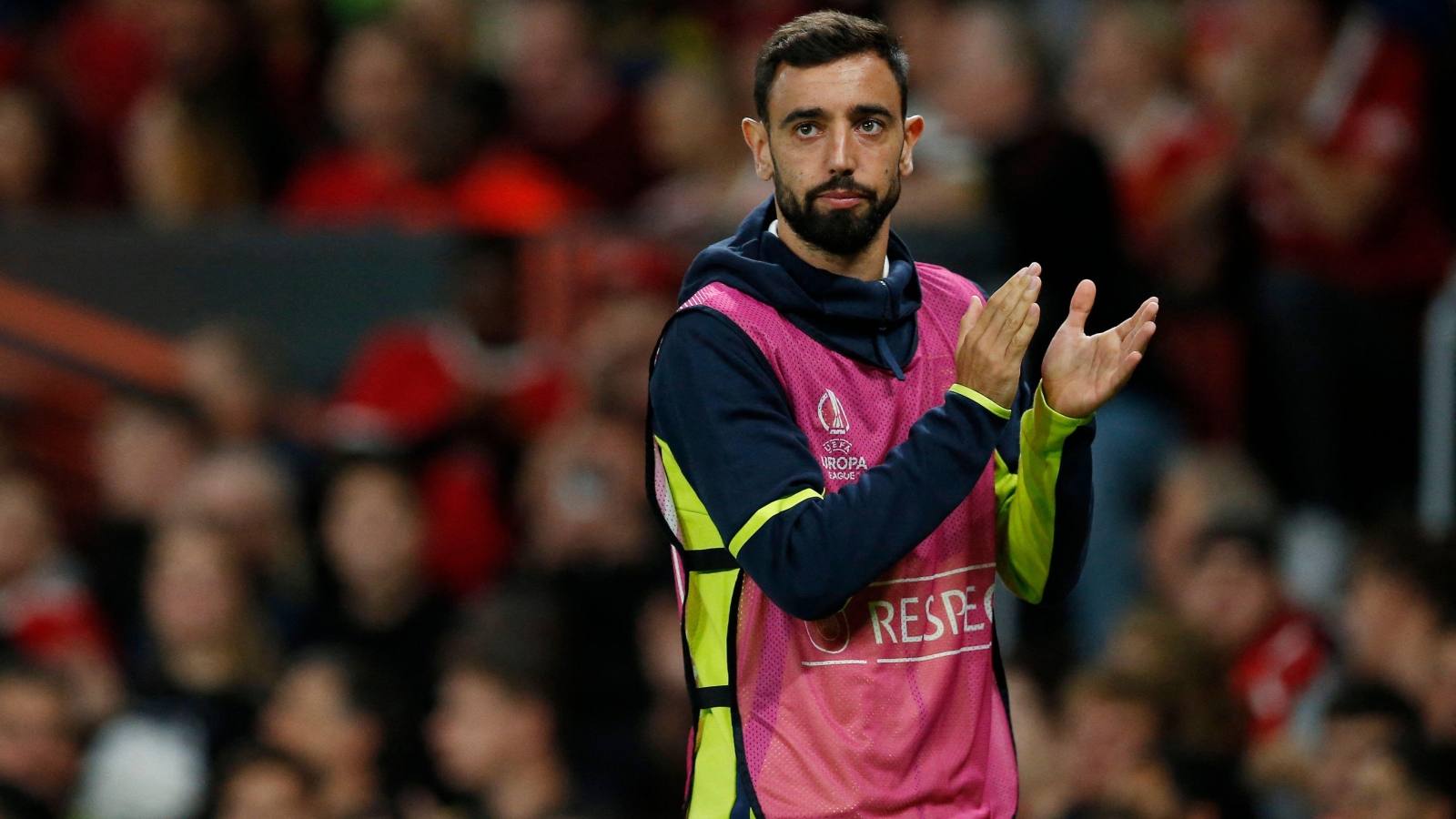 Fernandes joined the Red Devils from Sporting for a fee in the region of £56million in January 2020.

He hit the ground running in England under Ole Gunnar Solskjaer, scoring eight and assisting seven in his opening 14 Premier League appearances.

There was a lot of interest in the Portuguese playmaker during his time with Sporting.

It was mainly Man Utd, Liverpool and Tottenham linked with Fernandes, though some reports suggested that La Liga giants FC Barcelona were keen.

The attacking midfielder was dreaming of a move to the Premier League, however, and was fuming when Sporting rejected a bid from Spurs.

After being named Primeira Liga player of the year in the summer of 2019, his stock was very high, but the north Londoners fell short of the Portuguese club’s valuation.

“Obviously I wanted to go to the Premier League,” Fernandes told The Athletic. “The manager, Mauricio Pochettino, was the one who wanted me there.

“It was a good offer but Sporting tried their best to keep me.

“It was the day after they decided to refuse the offer from Tottenham and I was really angry.

“Luckily for me, the manager [Marcel Keizer] was the right one at the right time.”

Fernandes would eventually get his move to the Premier League when Man Utd met Sporting’s asking price in the winter window.

He added: “At the beginning of January, my agent said, ‘You don’t need to worry, because any time I bring you a club, it will be a dream club for you’.

“He knew that the dream club was Man Utd.

“Ole was a big part of that because he actually went to see my games. He saw me moaning a lot in that game against Porto — I moaned a lot against their players, against the referees.”

During his interview with The Athletic, the 28-year-old discussed his transfer fee and cites the early comparisons to Arsenal’s Nicolas Pepe, who was bought from Lille for £72m.

“He (Pepe) had some bad games and everyone was saying, ‘He still has to adapt’,” he said.

“But when Bruno was having a bad game, it was just because he was moaning or not focused on the game.

“For me, that was good, because it meant that I was ready and that’s why they were demanding so much from me.”