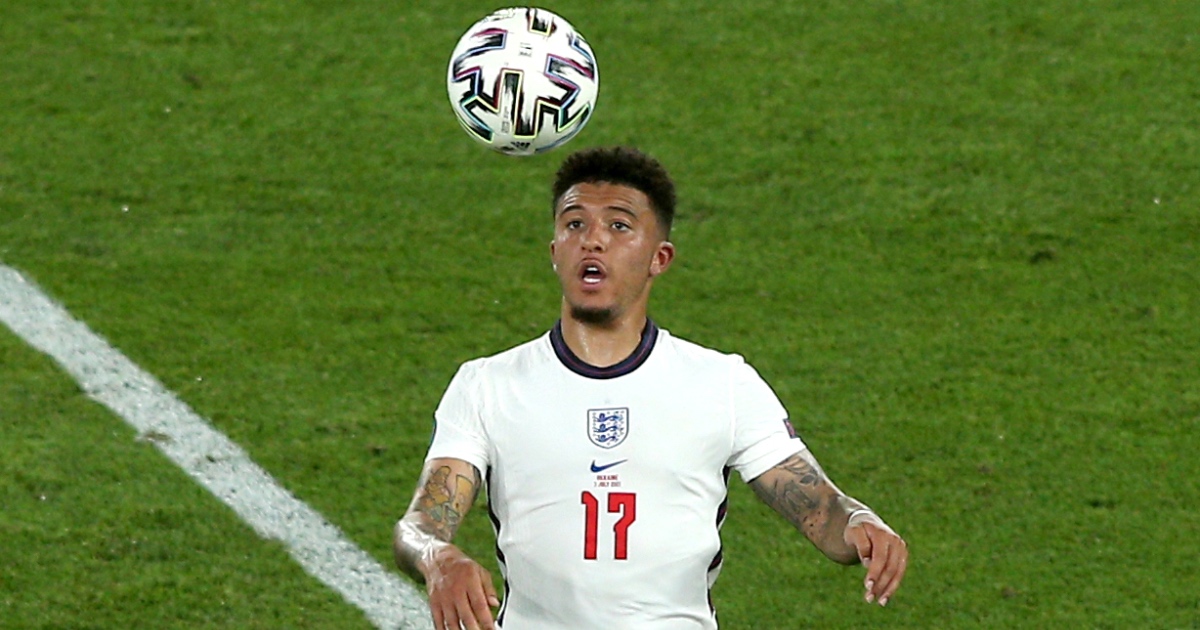 Jadon Sancho says he has enjoyed “quite a week” having agreed a move to Manchester United and helped England to the Euro 2020 semi-finals on his first major tournament start.

The 21-year-old started the week as a Borussia Dortmund player looking to force his way into the Three Lions side as they began their knockout journey in the round of 16 against Germany.

Sancho ended it playing a starting role in the 4-0 quarter-final triumph against Ukraine in Rome on the back of United striking a £73million deal with Dortmund to finally bring him to Old Trafford.

“It’s been quite a week, yeah, definitely,” he told ITV after the win in Rome.

“We knew today was a must-win. All credit to Ukraine, they gave us a hard performance and we just had to stay strong.

“Happy to get all four goals and very delighted for Harry Kane.”

“It’s definitely one of my happiest moments,” Sancho said of his start, having only played six minutes as a substitute against the Czech Republic up until Saturday.

“My family will be proud of me and I’m just happy that all the coaching staff gave me the opportunity to play tonight.

“It’s always frustrating not to be in starting XI but I knew that my chance would come so in training I’ve just given it everything, 110 per cent.

“I’m just happy that I got the opportunity tonight and showed the fans what I can do.”

The victory sets up Wednesday’s mouth-watering Wembley semi-final against Denmark when Sancho will hope to be involved again, having played the full match in Rome.

“Hopefully I get an opportunity to play again but I’m just going to focus on tonight,” he said.

“The boys are buzzing so, yeah, it’s going to be a lovely feeling when we get to Wembley.