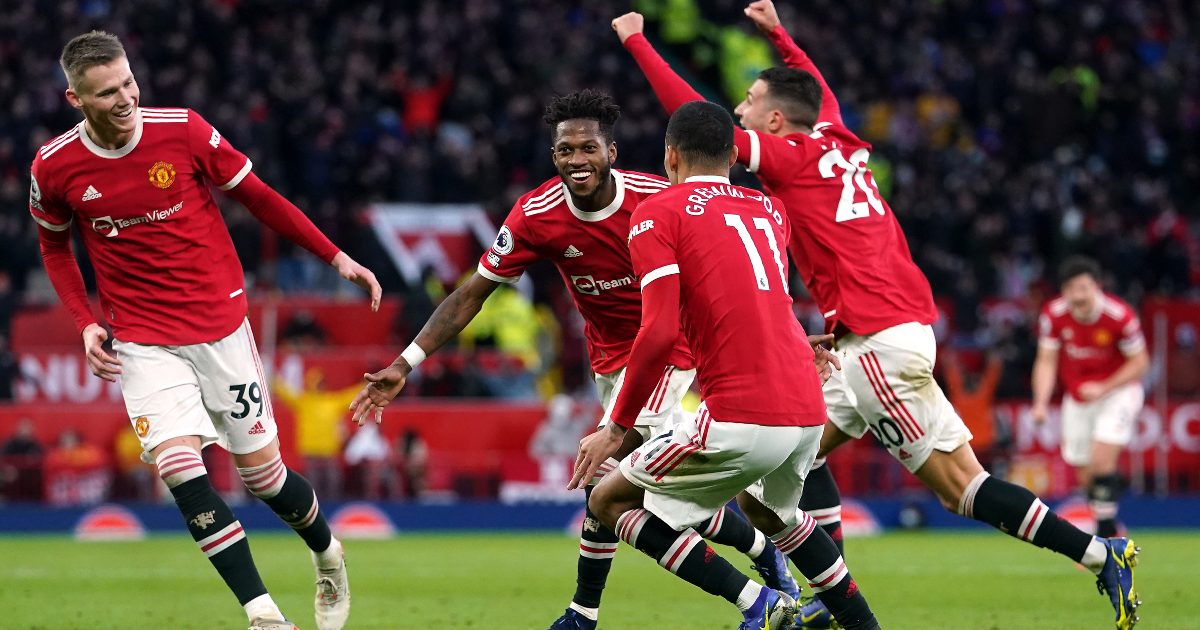 Man Utd midfielder Fred has pleaded with supporters to not “get misled by fake news” after reports suggested that several players are “dissatisfied”.

Fred has been with United since 2018. They paid around £47m to sign him from Ukrainian side Shakhtar Donetsk.

The midfielder was heavily relied upon by ex-United boss Ole Gunnar Solskjaer. He has already played 140 times for the Red Devils across all competitions.

The Brazillian also started against Newcastle last month but he was taken off at half-time.

Fred was left on the bench against Wolves last time out. Before that, he was limited to a late cameo appearance versus Burnley.

It was reported earlier this week that as many as 17 Man Utd players are “unhappy” at the moment.

“Over the past few days, I have read several fake news involving my name and other MUFC athletes. I’m not in the habit of answering controversial stuff publicly, but this time I will have to.

“I just want to say that I am very happy here and I have never expressed any dissatisfaction and the possibility of leaving the club. Don’t get misled by fake news. We will continue to work with great dedication to pursue our goals.”

Elsewhere, Ralf Rangnick has suggested that Manchester United’s players are “trying” to buy into his methods:

“They’re at least trying, I’m sure they are listening, and we showed that in the last games against Palace, Burnley, and parts against Norwich and Newcastle they are trying to follow the advice I give them.

“We concede fewer goals than before, an average of 1.7 per game that we have conceded so far – 0.6 in those games.

“Yes, still, it’s about balance. We need to find the best possible balance between offence and defence, and this is something we have to get better at.

“All the players were disappointed and frustrated, like myself. In the first-half we didn’t get hold of the build up of Wolves, second-half was better, we didn’t score, we conceded 10 mins from time.

“It’s a question of balance, offence and defence. Offensively, we have quality, but we have to show the best possible balance.”