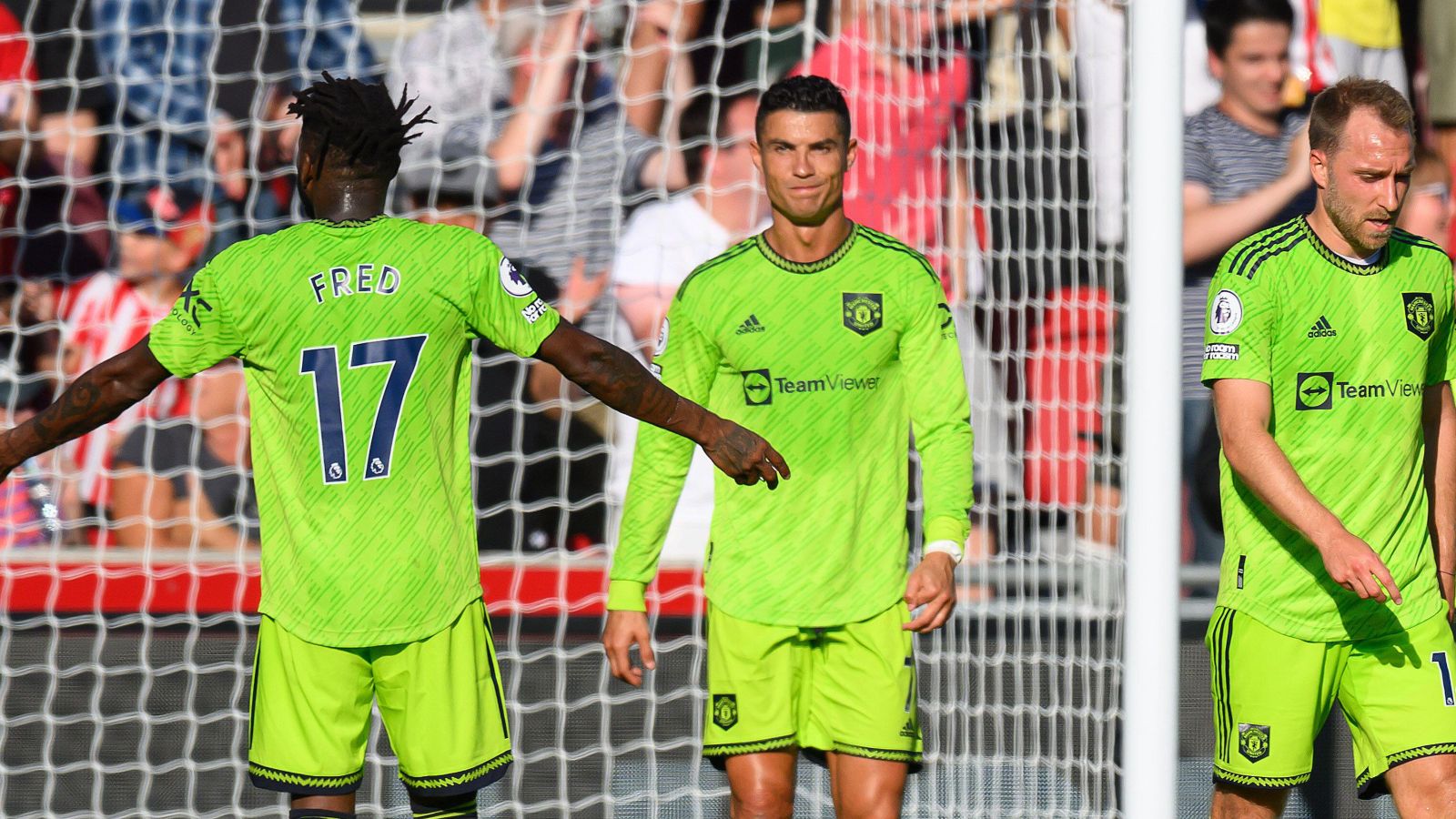 Man Utd midfielder Fred has been asked about Cristiano Ronaldo’s conduct from the sidelines during his side’s win over Tottenham last month.

Ronaldo was an unused substitute during United’s 2-0 victory last month. He was asked to come on by Erik ten Hag but the forward refused and subsequently walked down the tunnel before full-time.

The 37-year-old was rightly punished by the Dutchman as he was not considered for selection as United drew 1-1 against Chelsea.

But he has returned to the fold in recent games as he has played the full 90 minutes against West Ham and Real Sociedad.

Fred has now been asked about his Man Utd team-mate. He admits that he was “surprised” by his conduct in the Spurs game.

“Dude, I didn’t. I was on the pitch there. You end up getting focused, you don’t even see it. Turned out I saw it later on the news. I was even surprised when I saw it, but it happens,” Fred told TNT Sports (via Sport Witness).

Fred was also questioned on Ten Hag’s punishment of Ronaldo and he admitted that players getting “frustrated” like the attacker is “normal”.

“Dude, it’s hard. Everyone deals in some way. It’s obvious that everyone wants to be on the pitch, they want to play to help the team,” Fred added.

“But I think it stayed there, we talked there, they had their conversation, he and Ten Hag. The important thing is that everything is ok.

“He scored again too, which is important, I hope he can keep scoring and have a great season at United.”

Fred is also of the belief that United are better off having Ronaldo in the team as he can still “decide a match” with a moment of brilliance.

“Everyone knows about Cristiano’s quality and ability… one of the best players in the history of football,” Fred continued.

“So you can’t dismiss Cristiano anyway. A very important player both on and off the pitch. Of course, age also matters a bit. This is normal.

“Everyone gets to age, it weighs, and it gets a little more difficult. But we know the quality and ability he has, to be able to decide a match. So very happy to have him by our side and I hope he comes back and stays 100% too.”