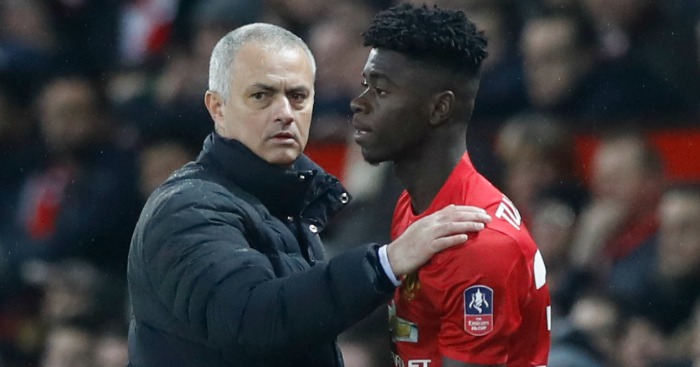 Aston Villa have signed Manchester United defender Axel Tuanzebe on loan until the end of the season.

The 20-year-old becomes Villa’s first January signing and could make his debut against Sheffield United next week.

Tuanzebe can play in defence and midfield and has made eight appearances for United having come through the youth ranks at Old Trafford.

He told the club’s official site, www.avfc.co.uk: “I am delighted to be here.

“It’s an exciting time at this football club and everyone is pushing for promotion – that’s the big aim, you can feel that here.

“I am determined to help this club achieve its goal.”

England Under-21 international Tuanzebe has played three times for United this season, including in their 2-1 Champions League win over CSKA Moscow.

Villa, fourth in the Sky Bet Championship, are also chasing Leicester striker Leonardo Ulloa but his future is linked to Islam Slimani’s at the King Power Stadium.

Should £30million record signing Slimani leave, with Besiktas and Monaco interested, Ulloa will stay at the Foxes.