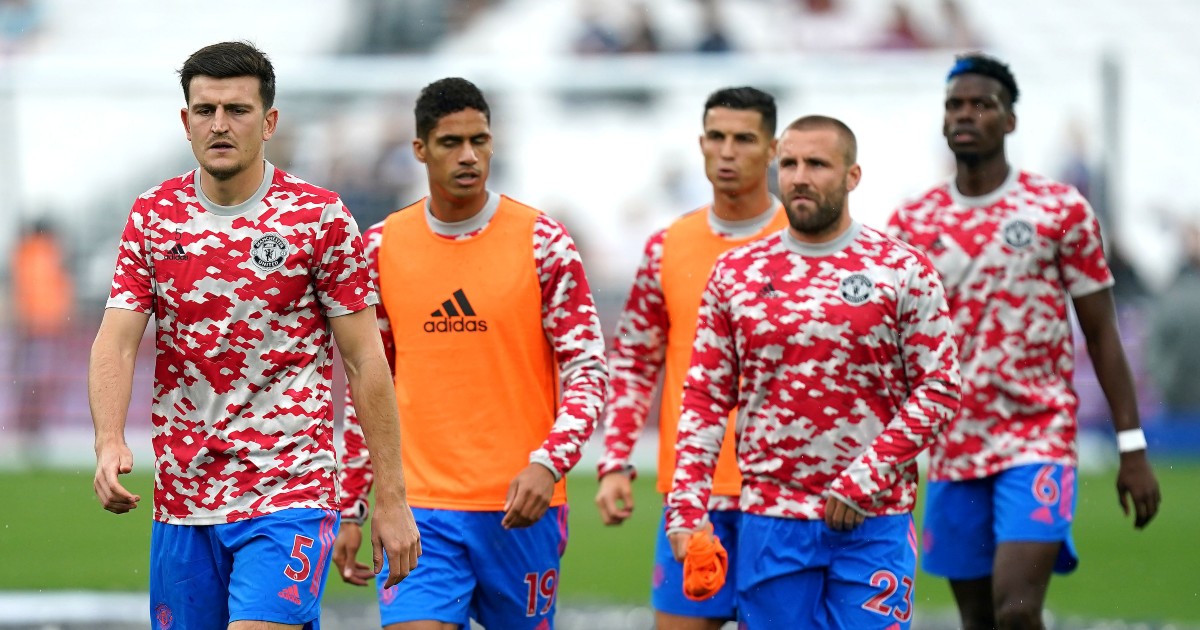 Man Utd slipped to a humiliating 4-1 defeat against Manchester City on Sunday to jeopardise their Champions League qualification hopes.

It was only the second loss of Rangnick’s 18 games in interim charge but the humbling nature of the result and the German’s inability to coax consistently positive performances out of the squad he inherited has cast doubt on his permanent credentials.

Man Utd are drifting towards a re-build with no plans

Mauricio Pochettino and Erik ten Hag remain at the top of the club’s shortlist to replace Ole Gunnar Solskjaer.

But Rangnick expects to leave behind a group of players that have proven helpless in the face of difficulty.

The 63-year-old ‘has identified a lack of ability to overcome adversity,’ with ESPN adding that Luke Shaw and Scott McTominay are the exceptions to that general rule.

I’m NOT defending him, but this quote is spot on.

Rangnick and his staff have been left ‘alarmed’ by the trend of positive displays soon becoming situations in which Man Utd are hanging on for a result.

Man Utd have scored the first goal in 13 of Rangnick’s matches, winning eight of those fixtures. Conversely, they have conceded first four times, coming from behind to draw against Newcastle and Atletico Madrid.

It was hoped that the appointment of sports psychologist Sascha Lense would help ‘improve the mindset’ of the players, with Rangnick saying at the time it should help them take “the next step” of staying “focused; physically, mentally, and tactically” as  “we have given away goals too easily.”

He added: “What I said, it is pretty obvious, if you are 1-0 up and in three consecutive games concede, this also affects the mind of the players.

“It is obvious, they are still human beings, it is normal. There are two things. One, it is to be more effective to kill the games off. Even if this does not happen we need to stick to the gameplan and stay tactically solid.”

But that has not come to pass and only Shaw and McTominay are deemed to ‘have been able to raise their performance sufficiently’ after Man Utd either concede an equaliser or go behind.

Staff are ‘impressed… by the character and leadership displayed’ by that pair, especially as other players have allowed mistakes to visibly knock their confidence.