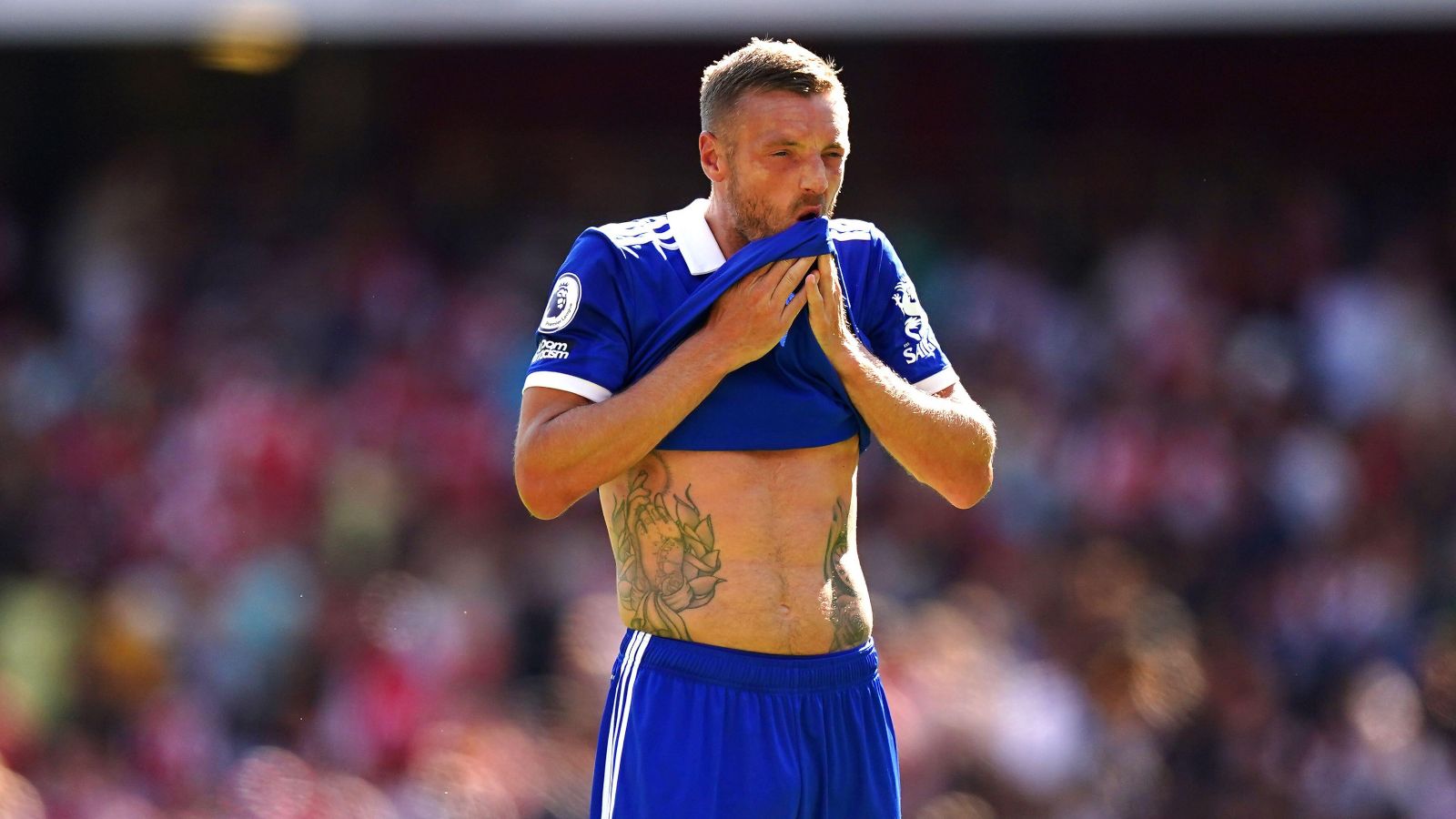 Man Utd are still weighing up a potential move for Leicester City striker Jamie Vardy this summer, according to reports.

The Red Devils are getting desperate in their search for an attacker, as shown by their attempt to sign Bologna striker Marko Arnautovic, with the number of options currently narrowing as the window goes on.

Man Utd faced a backlash from supporters over their negotiations to sign former Stoke City and West Ham forward Arnautovic with their transfer team eventually pulling out of a deal.

Their interest in Benjamin Sesko at RB Salzburg had supporters briefly excited before he joined the Austrian side’s sister club RB Leipzig earlier this month.

And now it feels like Man Utd are scraping the barrel in terms of their striker targets with England international Vardy linked.

Vardy is a very good player but at 35 years old it doesn’t really show any forward planning from the Red Devils, who already have 37-year-old Cristiano Ronaldo leading their line.

With Ronaldo wanting to leave Old Trafford this summer in search of Champions League football and potential silverware, Man Utd could be left with just injury-prone Anthony Martial as their only striker.

Rashford did start their 2-1 defeat to Brighton as their main striker but he’s only there as a last resort with Man Utd still desperate to bring in another attacker.

And The Athletic claims that Man Utd continue to ‘scour the market for options up front’ and are ‘considering a move’ for Vardy despite Leicester being ‘reluctant’ to let him go.

The report adds that Atletico Madrid’s Alvaro Morata ‘has been presented as an option’ while Espanyol’s Raul De Tomas is another possible target.

On Rashford, who has been the subject of interest from Paris Saint-Germain, The Athletic adds:

‘It is not only Ronaldo who has raised eyebrows, with sources close to other players surprised to see reports that Dwaine Rashford, the brother and agent of United forward Marcus Rashford, had met serial French champions Paris Saint-Germain for talks in recent weeks.

‘Rashford’s contract at Old Trafford runs out at the end of this season, although United have an option to extend it a further year.’

Gary Neville thinks the problem Man Utd are having in the transfer market is that “no one wants to take their money” with the club looking “really desperate”.

Neville said: “We can make a judgment on the players, but Eriksen is new, Martinez is new and he found it difficult. Those other players – we’ve been telling their story for the past 12 months. I feel like we’re continually saying the same thing about the same people.

“United in the past have always answered the fans’ anger through money and spending in the transfer market. The problem is that now, no one wants to take their money. That’s a massive issue. They can’t spend the money.

“If you’re a player watching that performance in the first half, what are you thinking about coming to this club?