Home All The News Crouch on Scholes-esque Pogba: ‘God, he is class’ 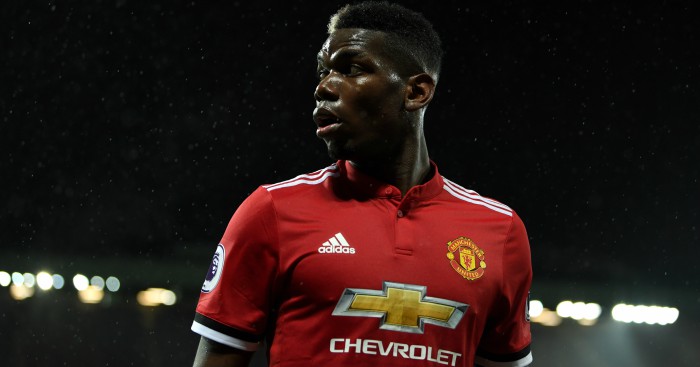 Peter Crouch has given his verdict on Paul Pogba after seeing up close the Manchester United talisman’s quality.

Pogba was named Man of the Match during United’s 3-0 win over Crouch’s Stoke on Monday night following a display in which he contributed two assists.

Crouch believes Pogba’s range of passing is the closest thing he has seen to Paul Scholes, and while United trail Man City in the league, the former England centre-forward believes the Red Devils are building something special.

He wrote in his Daily Mail column: “United may be less expansive but they are solid and, aside from that, they have Paul Pogba. Like his team, he splits opinion but, God, he is class. He’s got so much power, so much strength and speed and I haven’t seen anyone hitting passes like he did since the days of Scholes.

“I remember being used in some games as the man to try and stop Scholes. I’d come deep and try to put pressure on him but the task was impossible. Get too close, he’d knock the ball around you and be away. Give him space and he’d ping these 60 and 70-yard passes away into feet.

“Pogba, in his own way, was doing that on Monday. Yet standing that close to him, I was left with the impression that he still has so much more to give. You can see that he finds playing football so easy and there are definitely more gears in there that he can go through.

“He has got everything. The quality of the pass he put round the corner for Anthony Martial was sublime. He could score 20 a season if he had the desire to get in the box like Frank Lampard. If he wanted to, he could sit in midfield and control the game.

“Whatever United achieve going forward, Pogba will be at the heart of it. United are definitely getting back to their best and, in a one-off game against City, you could say it would be decided on the toss of a coin. Next year, they are going to go close to the prize they want most of all.”