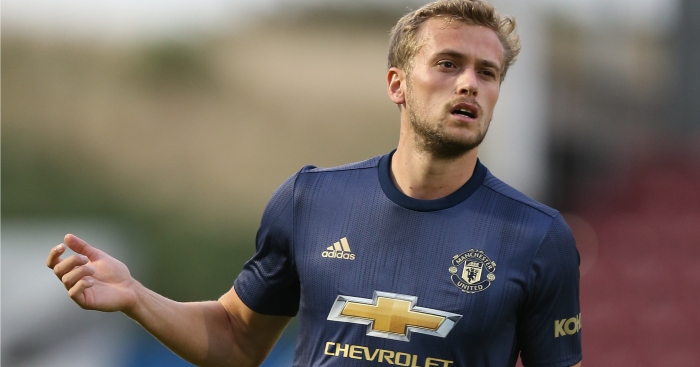 The 22-year-old England Under-21 international will plug a gap in Derek McInnes’ squad left by Adam Rooney’s move from Pittodrie to Salford over the summer.

Wilson caught the eye with two goals against Hull on his United first-team debut in 2014 and has previously had loan spells at Brighton, Derby and Sheffield United.

Dons boss McInnes told the club’s website, afc.co.uk: “I am absolutely delighted to secure James on a season-long loan as he is a player I feel will very quickly become an important member of the squad for us.

“He is a real quality player, who I think will suit the way we play, and, having spoken to him, I think he sees this move as a real opportunity for him. There were other clubs interested in taking James but he feels this is the right place for him to continue his development.”

Wilson’s double against Hull came after he was given an opportunity at Old Trafford by then caretaker boss Ryan Giggs.

He then made 17 appearances the following campaign before netting five times for then Championship Brighton in 2015-16. An injury-hit spell at Derby followed before he spent the second half of last season with the Blades, for whom he scored once in nine appearances.