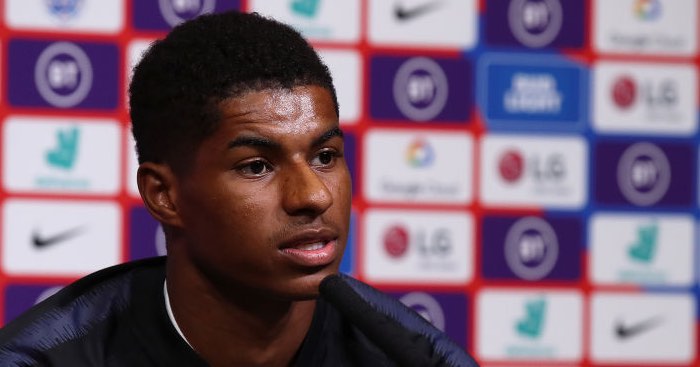 Manchester United forward Marcus Rashford has responded to Michael Owen’s claim that he is not a natural finisher.

Ahead of England’s game against Bulgaria, Owen suggested Rashford lacks the instinct to be a top goalscorer and that is something he will not be able to improve.

Rashford was asked for his thoughts on Owen’s comments on media duty at St. George’s Park.

“He [Owen] can only go on what he sees,” Rashford said. “Whereas the people around me [know]. Especially when I was younger, the reason why you started playing is because you see things that you like and for me, it was goals and watching exciting people doing exciting things with the ball.

“So, the important thing is what I know. I know what I want, what I want to become and what I will become if I keep my mind on it.”

The 21-year-old said training alongside Tottenham marksman Harry Kane with England is something that inspires him to improve.

“If you watch training, then you’d see how it all works,” Rashford said. “I could use Harry Kane as an example. He’s one of the best finishers that I’ve played with and whenever we do finishing, in my head, it’s about being as close to him as possible.