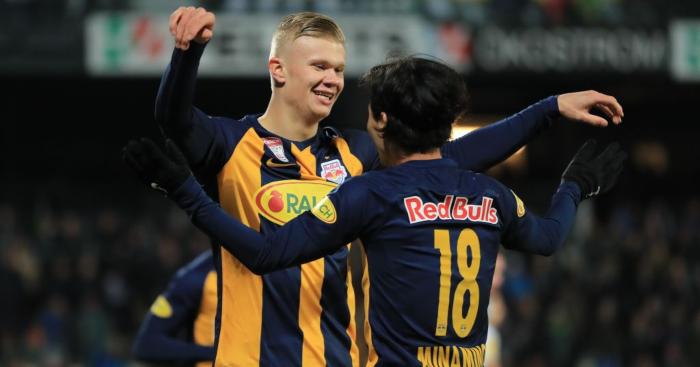 The United boss is familiar with the forward having given him his first taste of senior football when in charge at Molde and his 26 goals in 18 games this season have apparently persuaded him that his Norwegian compatriot is the right man for United.

And The Athletic claimed on Friday that Solskjaer had dispatched his ‘personal scout’ to monitor Haaland.

And now AS (via Sport Witness) claims that Man Utd are the ‘strongest club’ currently in the race for the Norway international with the report estimating the transfer could set the Premier League club back €100million.

AS mainly talk about potential interest from Spanish side Real Madrid but claim United have the advantage in the battle to sign Haaland.