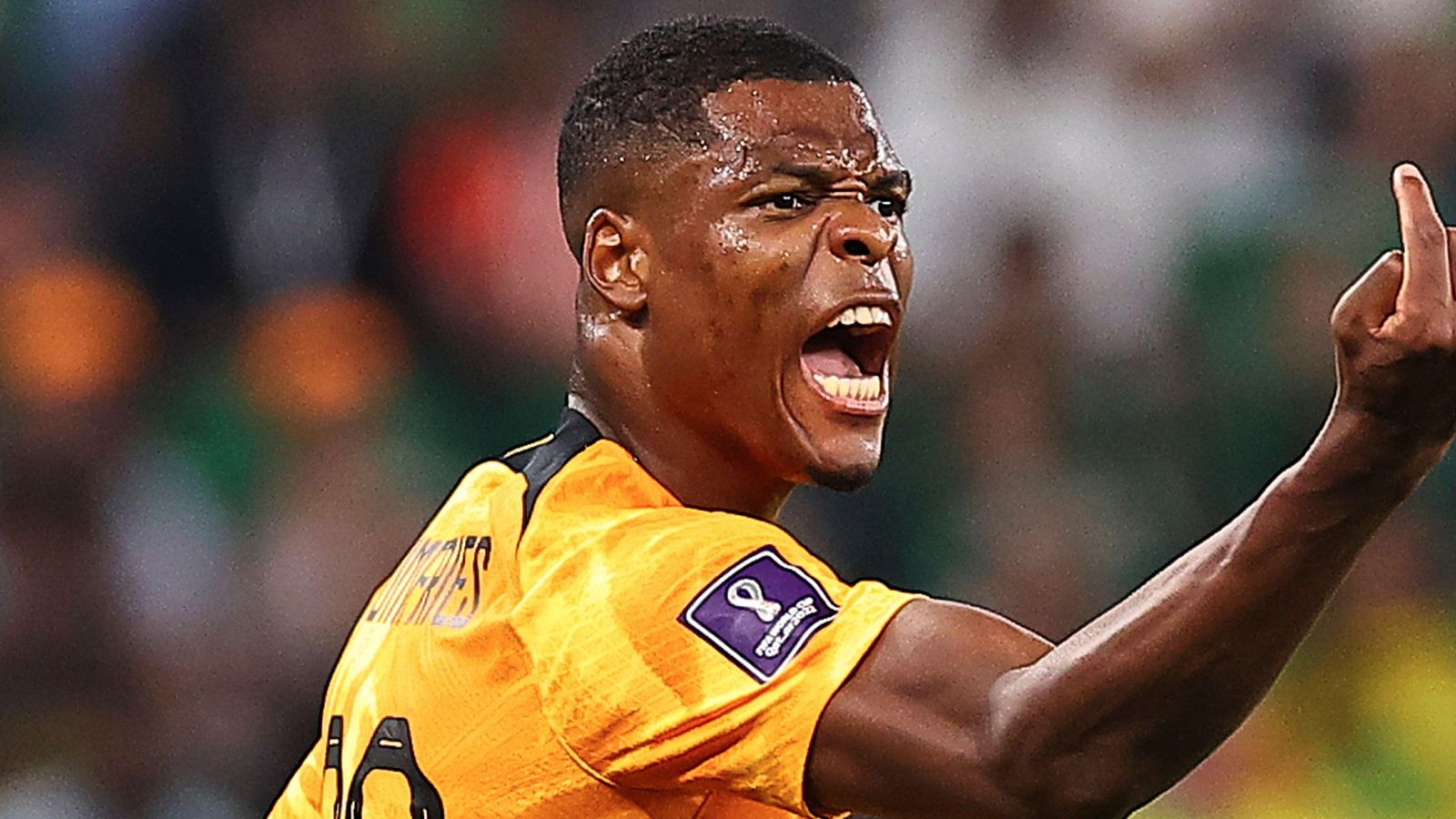 Man Utd have reportedly submitted a “30 million offer” to sign Denzel Dumfries from Inter Milan as they look to strengthen at right-back.

The Red Devils need to sign a new right-back after they failed to do so during the summer transfer window.

Erik ten Hag took time to analyse his squad before this season and Aaron Wan-Bissaka is one player he’s not a fan of.

The ex-Crystal Palace academy product was signed for around £50m a couple of years ago but his failings going forward have been exposed while he’s been at Man Utd.

Wan-Bissaka has gradually fallen down the pecking order and he has not featured at all this season.

Ex-United man Paul Parker recently suggested that it is as if Wan-Bissaka “hasn’t been coached”.

“I would say Wan-Bissaka hasn’t really been taught how to play as a full-back for Manchester United. No one has really talked to him. He hasn’t been coached,” Parker told MyBettingSites.

“But, it is about what he is learning. How is he going to change his game to improve as a full-back as Wan-Bissaka for Manchester United?

“As a full-back for Crystal Palace, when you play for Manchester United, it is a different kind of full-back.”

He was linked with a return to Palace in the summer but he was not given permission to leave as United were unable to sign a replacement.

United were linked with Sergino Dest before he joined AC Milan on loan. Now they are said to be tracking Dumfries.

The rapid full-back made a name for himself for the Netherlands at last year’s European Championships. His form at that tournament earned him a move to Inter Milan and he shone for the Serie A side in his debut season in 2021/22.

Dumfries is now performing well at the World Cup as Louis van Gaal’s side have reached the quarter-finals of the competition.

Man Utd are seemingly eyeing him and journalist Ciro Venerato has claimed that have already bid for him ahead of January. This potential transfer would see Diogo Dalot go the other way in a swap deal.

“As for Dumfries, Inzaghi considers him fundamental in the Scudetto comeback project this season,” Venerato said (via Sport Witness).

“I don’t think United’s offer of 30 million plus Dalot can be accepted. I think the team will make evaluations in June, but if no important offers arrive, he will be confirmed for the rest of the season.”

United are certainly interested in signing Dumfries and going off how he’s performed at major tournaments, he would be a great addition.

But it is hard to foresee Man Utd being willing to let Dalot leave in the process.

The Portugal international has been one of United’s best players this term as he has stepped up since Ten Hag’s arrival.

It is more likely that Dalot will stay to compete with whoever Man Utd bring in to replace Wan-Bissaka.