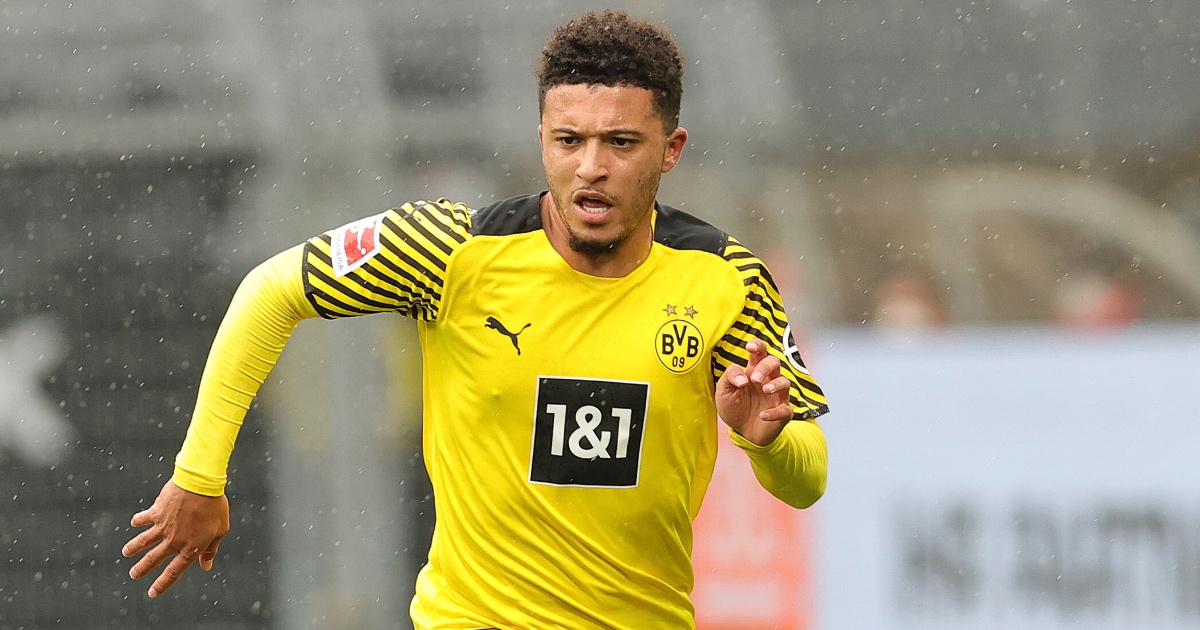 Man Utd have continued their pursuit of Dortmund’s Jadon Sancho by submitting a £60million offer, according to reports.

The Red Devils were keen to sign Sancho last year but had every approach rejected by his current club.

They ultimately decided to wait until this summer and have now re-ignited transfer talks.

According to German outlet Bild (via Daily Mail), Man Utd have opened discussions by tabling their first official offer.

The £60million bid looks set to be rejected as Dortmund value Sancho at around £78m.

Due to this, Man Utd are expected to return with a higher bid in the coming weeks.

His price tag could increase further if the winger enjoys a successful European Championship with England.

The report states that Chelsea are monitoring the situation and could muscle in, should talks stall.

Man City, who allowed Sancho to join Dortmund for an £8m fee in 2017, are not believed to be in the mix.

United suffered plenty of embarrassment last time around and will be hoping to get a deal over the line.

They pursued Sancho throughout the entire summer but never managed to secure his services.

The 21-year-old is a top target for manager Ole Gunnar Solskjaer. It’s hoped the acquisition of Sancho would help United to challenge for the Premier League title next term.

He is needed to fill the obvious void at right wing. Marcus Rashford is more effective on the left and Dan James isn’t seen as a regular starter.

With Edinson Cavani and Bruno Fernandes as effective as ever, United could have a deadly attack during the next campaign.

Alongside the Sancho pursuit, club officials are hoping to land a new centre-back. Sergio Ramos is available on a free but isn’t a long-term solution.

Raphael Varane is an ideal partner for Harry Maguire. The Frenchman is a World Cup winner who has also lifted the Champions League trophy on four occasions.

He would undoubtedly replace Victor Lindelof in Solskjaer’s starting eleven.

Real Madrid have reduced his price tag to £60m, making a transfer likely this summer.