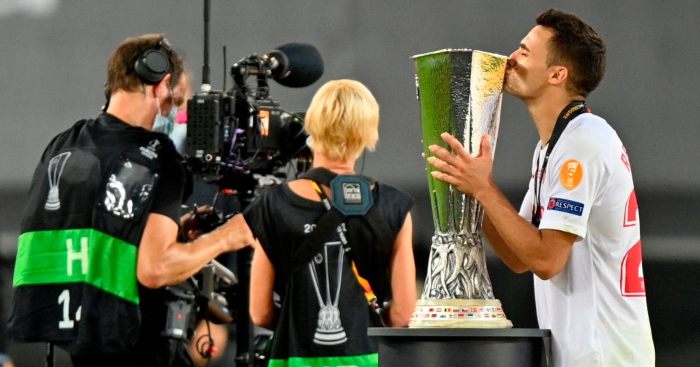 Premier League side Man Utd have made an offer for Real Madrid left-back Sergio Reguilon, according to reports in Spain.

The left-back – who has impressed on loan at Sevilla this season – was being targeted by Chelsea before the Blues secured a deal for Ben Chilwell last week.

The Madrid academy graduate has struggled to break into the first team under Zinedine Zidane, with Marcelo and Ferland Mendy currently battling for the spot on the left side of the defence.

Reguilon was named in the LaLiga team of the year and there have been rumours previously that Real would be willing to accept a fee in the region of £18m.

And AS now claims that a ‘very interesting offer has arrived from’ Man Utd in ‘recent days’ with the Red Devils keen on tying up a deal for the defender.

With only Brandon Williams providing cover for Luke Shaw at left-back, it’s a positon Man Utd ‘want to strengthen’ in the current transfer window.

The report adds that ‘the offer is tempting’ for Reguilon as he would be an almost guaranteed starter for the Red Devils, while Champions League football is also a plus.