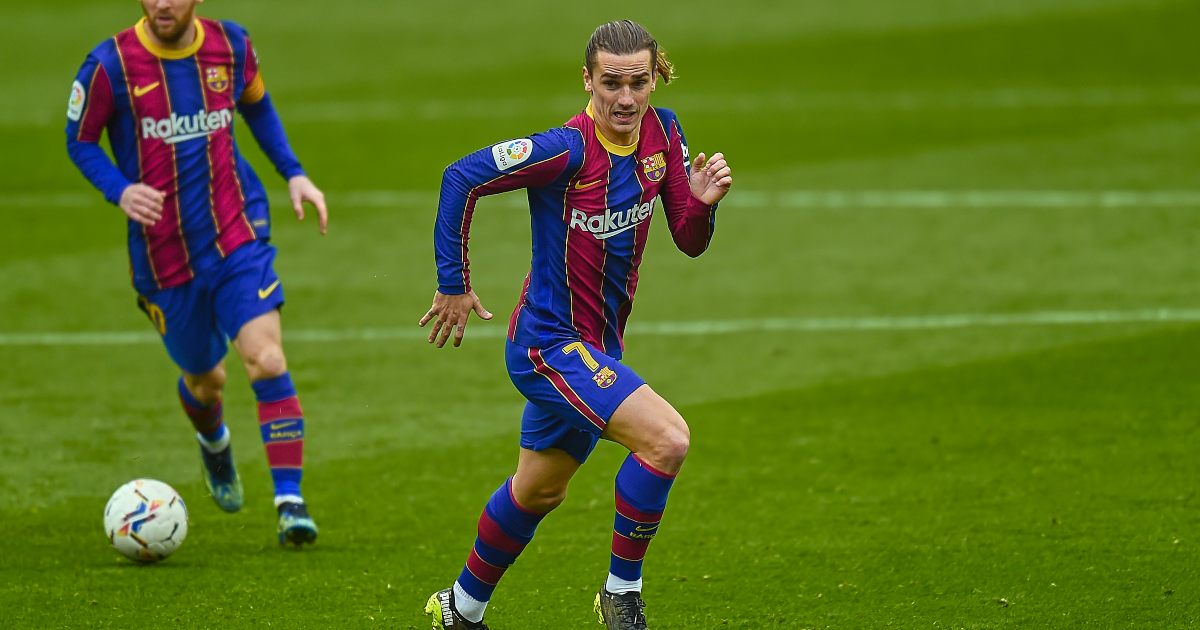 Man Utd could make an offer to bring Antoine Griezmann to Old Trafford if they fail to sign Jadon Sancho from Borussia Dortmund, according to reports in Spain.

The France international swapped Atletico Madrid for rivals Barcelona in 2019 after the Catalan giants paid his €120m buy-out clause.

Griezmann never failed to get at least 15 league goals for Atletico in a season but he has been struggling to hit those heights for Barca.

The 29-year-old hit nine La Liga goals in his first season at the Camp Nou before scoring six so far this term as the club trail leaders Atletico by five points.

Griezmann exchanged insults on the pitch with Gerard Pique earlier in February with the pressure growing on the Barca players.

And Spanish publication OKDiario claim that Barcelona are trying to find a suitor for Griezmann but ‘still can not find buyer’.

Barcelona want to recover ‘at least half of the investment’ they made when they brought him to the Camp Nou in 2019 – but they have ‘two problems’.

OKDiario says that ‘the player clings to his millionaire contract and no club wants to get into a transfer of such magnitude’/.

They have even ‘contacted Griezmann’s agent’ to try and shift the forward but they ‘will not give the player away’.

Man Utd and Liverpool were said to be ‘on fresh alert’ last summer with Griezmann’s future ‘in doubt’ even then.

And OKDiario add that it’s Paris Saint-Germain and Man Utd who ‘have always wanted to sign’ Griezmann but they rule out the French club as they have ‘other great objectives’.

Man Utd ‘could make a succulent offer’ but they have their ‘mind set on’ a move to bring Sancho back to England in the summer and that ‘only if the umpteenth offensive failed at the end could they opt for Griezmann’.