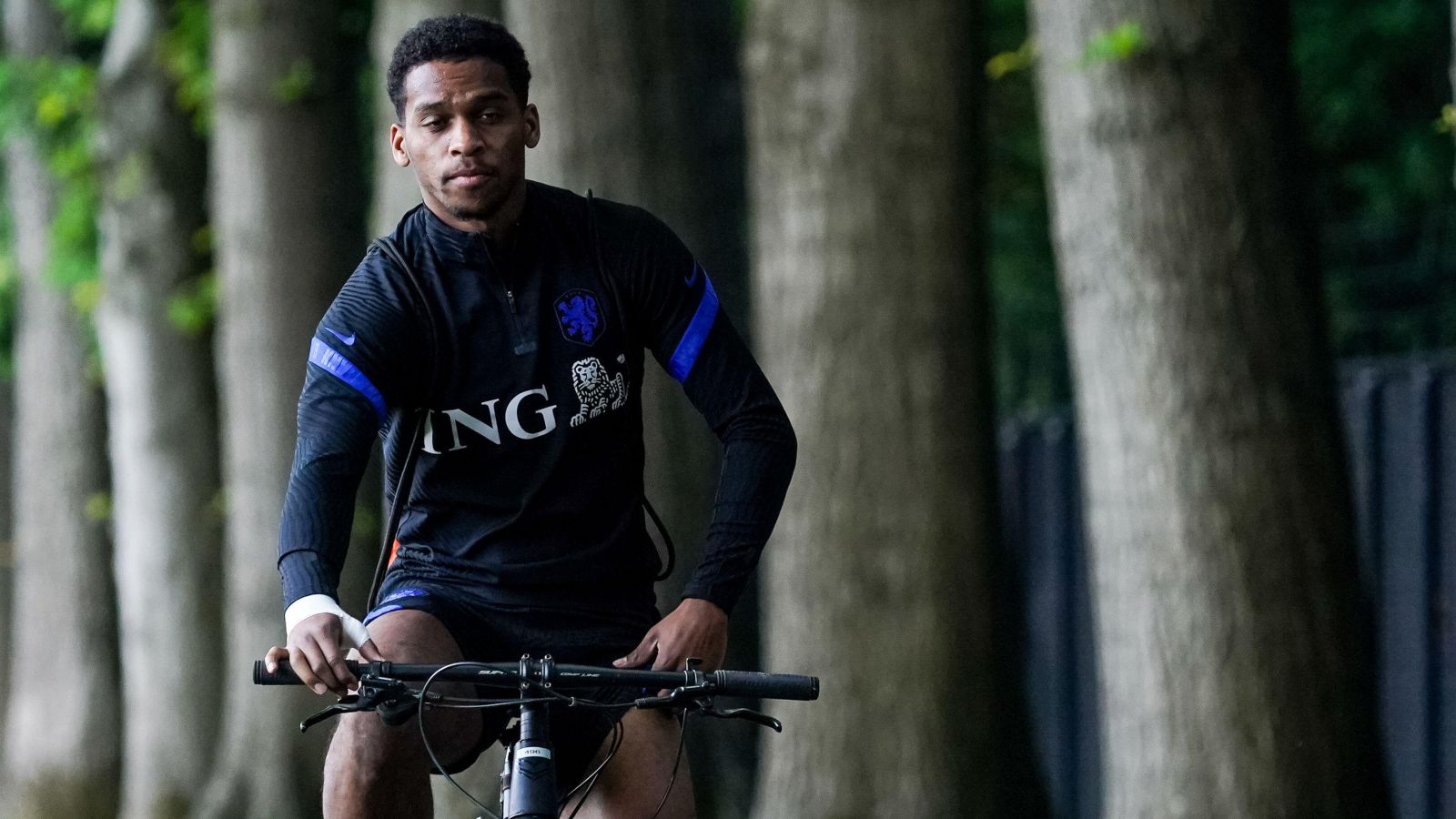 Jurrien Timber has decided against a move to Man Utd this summer as it’s too risky in a World Cup year, according to reports.

The centre-back has been in brilliant form for Ajax this season, playing 43 matches in all competitions and scoring three goals in the process.

Timber only broke into the first team at Ajax in the 2020/21 season but he has already made 74 appearances and won eight senior caps for the Netherlands.

His performances have seen him linked heavily with a transfer to Man Utd while new Red Devils boss Erik ten Hag is known to admire him after working closely with the defender.

Gary Neville revealed yesterday that he was worried about the lack of transfer activity at Man Utd with some of their Premier League rivals getting their business done early.

Neville tweeted: “I know early in the window but it’s worrying that United are struggling to get business done. The others seem set and ready yet United can’t get moving. ETH needs his group together ASAP to mould them. Bringing them in late will only make it harder for him! it happens soon!”

And now it looks like they could lose out on another target with Dutch journalist Mike Verweij (via The Metro) claiming that Timber will opt to stay at Ajax this summer.

It is understood that Timber thinks it would be too much of a risk to move to Man Utd in a year where he needs to guaranteed football to play at the World Cup.

Man Utd want to add another centre-back to Victor Lindelof, Harry Maguire, Raphael Varane and Phil Jones and it is claimed that Timber will go on holiday now and then make a final decision on his future when he returns.

Ten Hag will probably be more concerned about strengthening his midfield and attack than defence – but it is another blow for Man Utd as they watch rivals Man City and Liverpool sign Erling Haaland and Darwin Nunez respectively.

There were even rumours on Wednesday that City could try and hijack United’s potential deal for Barcelona midfielder Frenkie de Jong as Pep Guardiola looks to strengthen his options.