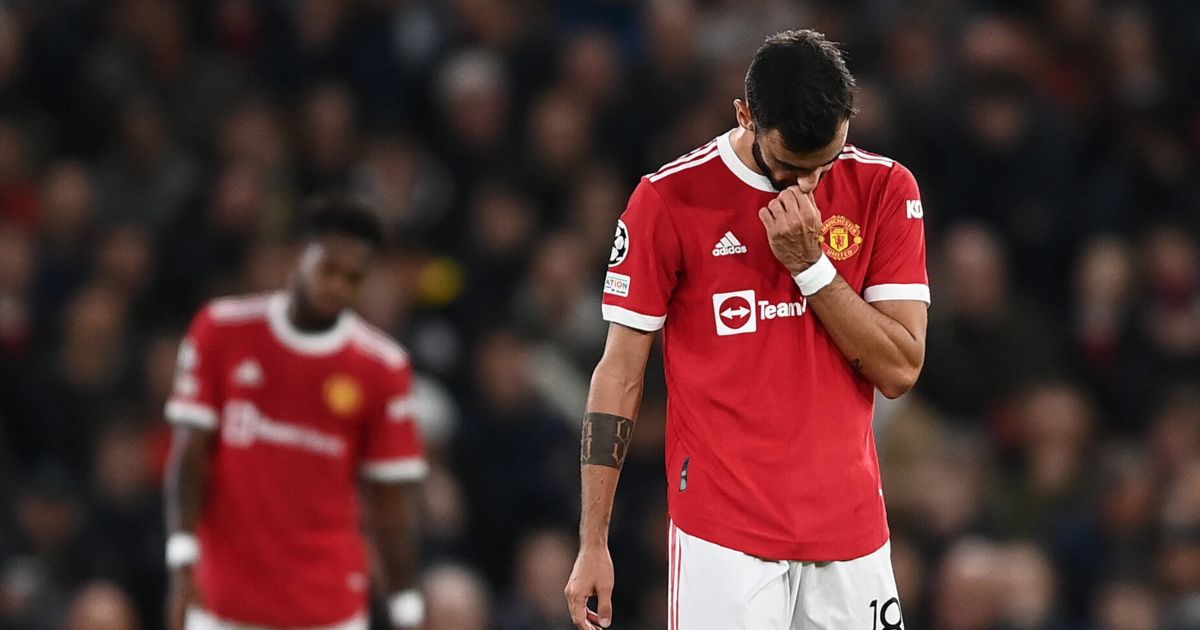 Man Utd midfielder Bruno Fernandes is an injury doubt for their huge clash with arch-rivals Liverpool at the weekend, according to reports.

The Portugal international played a key role as the Red Devils came from two goals down to beat Atalanta on Wednesday night.

Fernandes played all 90 minutes for the Red Devils for the ninth time this season, contributing five assists and four goals in 12 appearances in all competitions.

And The Sun claim that Fernandes is a ‘shock injury doubt’ for United’s match against Liverpool at Old Trafford on Sunday.

The report adds that Fernandes was on the end of ‘some strong challenges’ against Atalanta and that he could now miss the game versus Jurgen Klopp’s men.

‘He went into Carrington for warm down training yesterday but by the afternoon the extent of his exertions had clearly caught up with and he was limping heavily.

‘Now manager Ole Gunnar Solskjaer will be hoping it is nothing more than aches and pains when he is assessed today so his Portuguese playmaker can line up in Sunday’s vital Premier League clash at Old Trafford.’

Victory against Liverpool would but Solskjaer’s side just one point behind the Reds in the Premier League table despite their recent poor form.

Second-half goals from Marcus Rashford, Harry Maguire and Cristiano Ronaldo turned the game on its head against Atalanta on Wednesday night – but Fernandes is keen for Man Utd to learn from their first-half mistakes.

Fernandes said: “We made mistakes, we still won the game, but we have to go to the training ground to understand what we did wrong and not make the same mistakes in the next game against Liverpool.

“I think the team has to go game by game, understanding what we could do better or what we should do better so we won’t be in the same position at some games that we have been in the past like the Leicester, Aston Villa or Everton and in the first half in this game.

“We have to go again and understand what went wrong and fix that.”