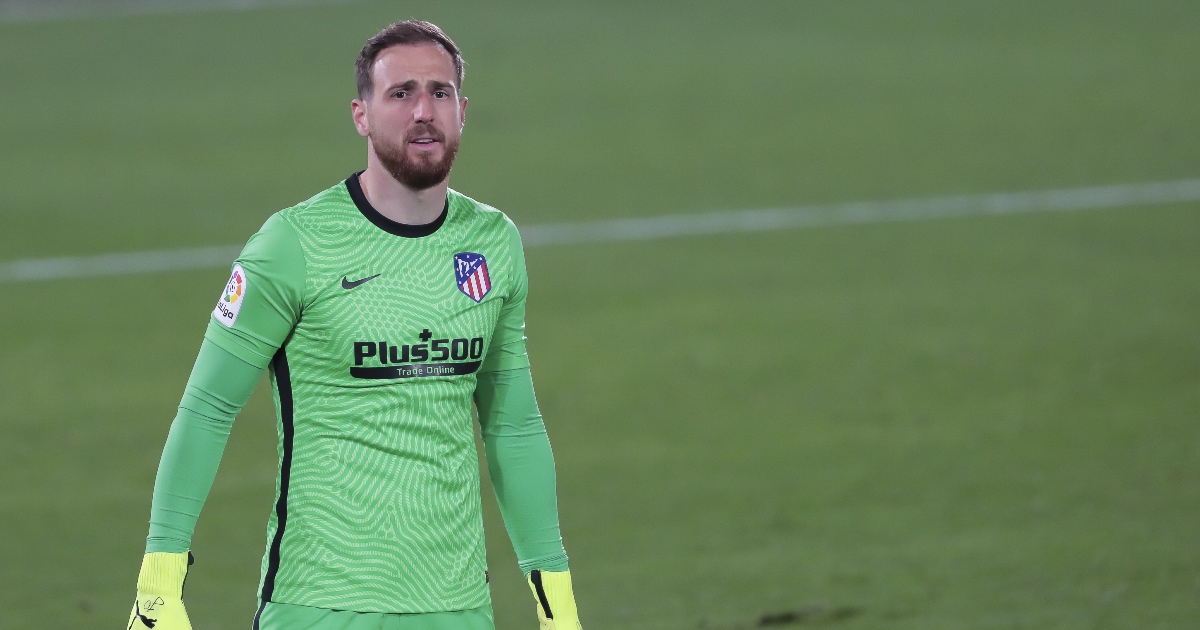 Man Utd are readying a summer move for Atletico Madrid shot-stopper Jan Oblak, according to reports.

They’ve been linked with Gianluigi Donnarumma in addition to Oblak in recent months.

According to Sky Sports, Oblak is Man Utd’s top target and they are prepared to move for him this summer.

Recruitment staff at Old Trafford have identified the 28-year-old as the perfect man to succeed from De Gea.

They’ve been impressed by his stunning performances in La Liga.

Oblak has become a rock at the back for Atletico in recent seasons.

He kept 17 clean sheets last term as they finished third in the Spanish top flight.

The report states that Man Utd are monitoring Oblak’s situation in Madrid.

They are prepared to make a big money offer, but could be priced out of a deal.

Atletico will want a huge sum for one of their star players, who is also viewed as one of the best keepers in the world.

Club chiefs want to sort out the keeper situation at Old Trafford. Sergio Romero has been told he can leave the club, while Dean Henderson is growing frustrated at his lack of game time.

If the Red Devils fail in their attempts to bring Oblak to Manchester then an Italian alternative could be considered.

AC Milan wonderkid Donnarumma is viewed as a perfect fit for Man Utd.

He is already an experienced and reliable keeper, having made 203 Serie A appearances.

The 22-year-old has also been linked with Spurs and Chelsea.

That means a huge transfer race could begin in the summer if United are rebuffed in their attempts to sign Oblak.