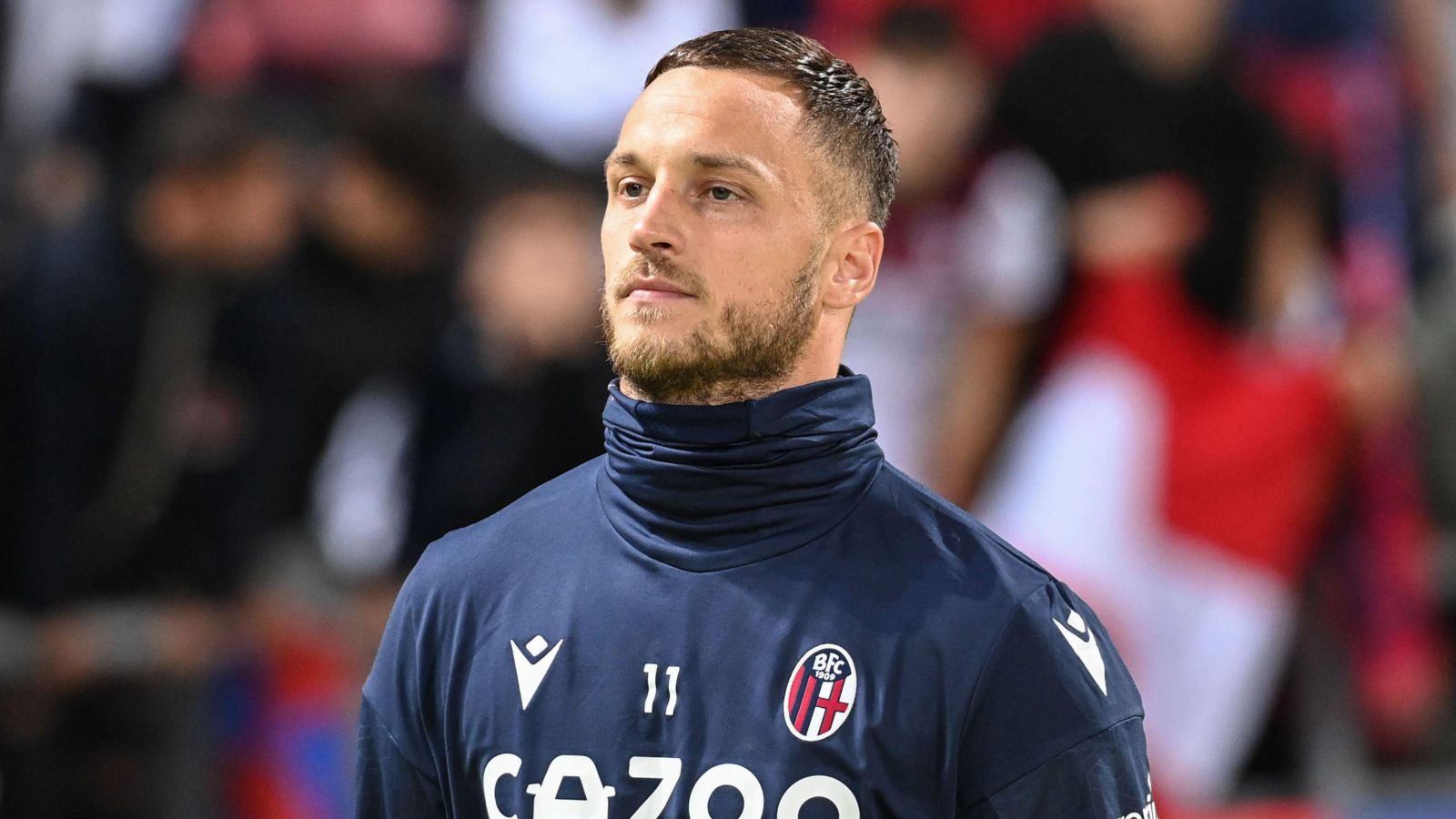 The agent of Marko Arnautovic has suggested that the Bologna star decided against pursuing a move to Man Utd during the summer transfer window.

In recent years, fans have gotten used to Man Utd being a shambles in the transfer market.

This summer was no different even with ex-Ajax manager Erik ten Hag now at the helm.

United did not fare too badly in the end as they signed Antony, Casemiro, Lisandro Martinez, Christian Eriksen, Tyrell Malacia and Martin Dubravka. But they made bloody hard work of it.

Antony joined the Red Devils for £85m on deadline day and this is likely a lot more than they wanted to pay.

Casemiro meanwhile was an alternative to Frenkie de Jong as United failed to tempt the midfielder into a move from Barcelona.

United are often linked with quite a lot of players, especially during a transfer window. Among them are usually one or two odd names.

This time around, ex-Stoke City forward Arnautovic emerged as a shock target.

The 33-year-old spent four years in the Premier League with Stoke before he joined West Ham United.

After a spell in China, Arnautovic returned to Europe in 2021 to sign for Serie A side Bologna.

To his credit, the forward has performed well for the Italian side. He has netted 20 goals for them in 41 league outings.

Unsurprisingly, United fans were less than amused when this signing became a possibility. Ex-interim boss Ralf Rangnick was reportedly ‘left shaking his head’ when he heard of the club’s interest in Arnautovic.

Man Utd had a £7.6m offer rejected for Arnautovic and it was reported in August that they decided against returning with a second offer.

Arnautovic’s agent – Tiziano Pasquali – has now claimed that it was the player who “chose not to drag it out”:

“From the English, we had received a written proposal, and the negotiations had continued even after some contrary opinions from their fans.

“But in the end, it was Marko who chose not to drag it out too long and to stay at Bologna. How can you think that he is now in a bad way?

“Arnautovic is happy here: city, fans, team, society. And coach. He only thinks of working in the best possible way.”

“Problems? What are we talking about,” she continued. “ Marko thinks about working, indeed he is annoyed by these rumors that we consider completely free.

“Maybe someone likes to embroider on nothing, but he is focused only on the goal: to help the team to recover from a difficult situation and arrive in the ranking position that he deserves.”

READ MORE: Nuno no-no… Five managers who should never have gone back to their old clubs