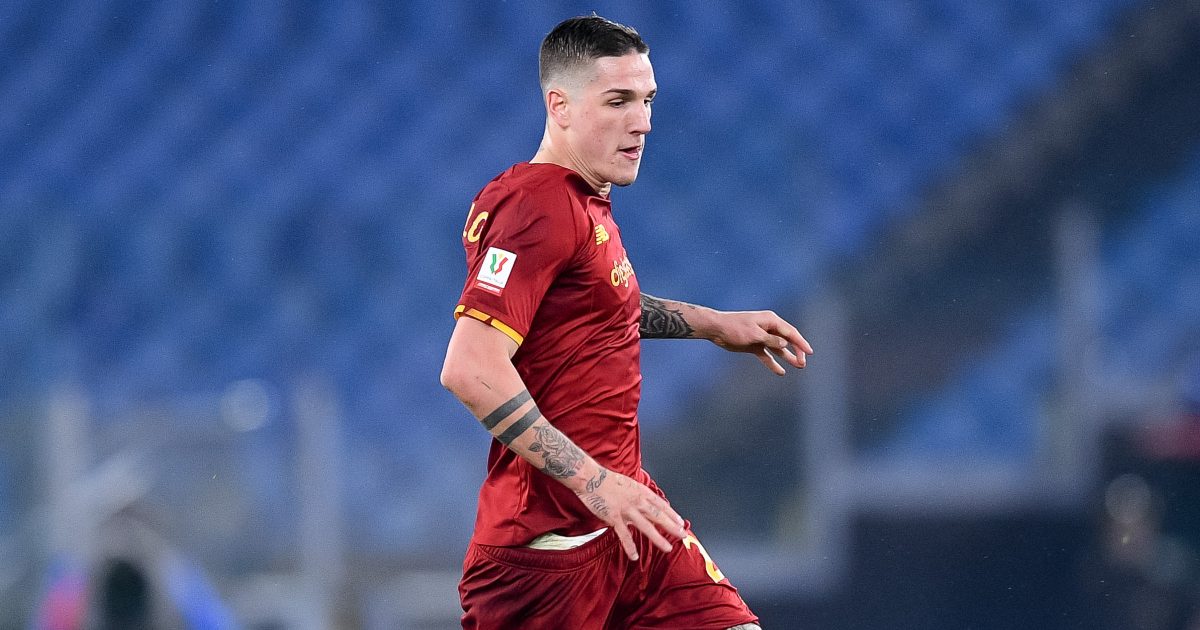 According to reports, Man Utd are expected to be ‘sure participants’ in a summer ‘auction’ for Roma midfielder Nicolo Zaniolo.

The Italy international was linked with a move to Man Utd last year.

Manchester United under siege after writing the season off

Zaniolo has been a key player for Jose Mourinho this term as he has played 26 times across all competitions.

His future is in doubt as his contract is due to expire in 2023. Il Messaggero (via Sport Witness) are reporting that Roma are considering selling the player this summer so they avoid losing him for free.

They are preparing for there to be an ‘auction’ for Zaniolo and Man Utd are expected to be ‘sure participants’. The report adds that Roma are ‘curious’ about the sale.

Meanwhile, Rio Ferdinand thinks Jesse Lingard was “crazy” to stay at Man Utd in the summer:

“I wouldn’t be happy if I was a player. It’s almost like he’s wasted a whole year of his career. A whole season of his career has been wasted,” Ferdinand said on his FIVE YouTube channel.

“He hasn’t played hardly any games, hasn’t been involved. He went to West Ham and done fantastically well, everyone would have wanted to take him outside of probably the top four – and then goes back to Man United and doesn’t play. I was just baffled that he went back to Man United in the first place after having that taste of success, that taste of playing every week.

“Either he was promised by Ole Gunnar Solskjaer that he’d get more game time, or I don’t know what it was. And then this window you’d think he’d be doing all he can to get out.

“Maybe he took too long in getting to that point of wanting to leave. Did he ask to leave at the beginning of the window or make a decision later on in the window that he wanted to leave and by then other situations took it out of his hands maybe? I don’t know.

“But you look at his career and I just think the last year or two has just been wasted by just sticking around at Man United when he’s never going to play games. It’s just crazy.”