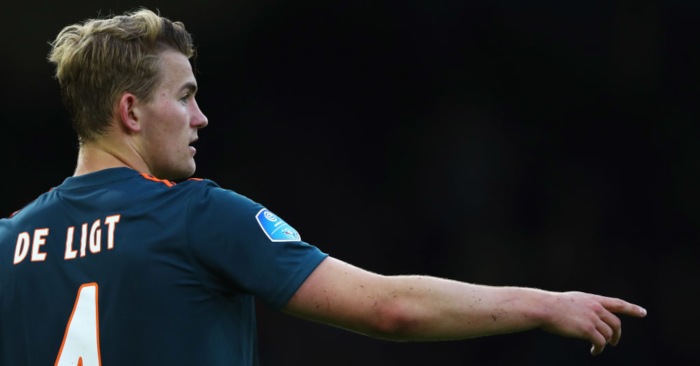 Manchester United suspect that they are being used to ‘frame’ a Barcelona victory in the transfer market, according to the Manchester Evening News.

Quite why Barcelona would consider it a coup to beat United in the transfer market is not clear but the MEN seem certain that the Old Trafford club do not consider Ajax defender Matthijs De Ligt a possibility this summer.

The Dutchmman is expected to join Barcelona but has also been linked with a £12.3m-a-year contract at United.

“I have read the reports about Manchester United,” said De Ligt. “I have seen the salary I would get, too. Would you take it? People should take these reports with a grain of salt. The stories are funny though.

“Everyone has been talking about my future for a year now. One day I will go there, and the next day I will go somewhere else. I have made quite a tour through Europe haven’t I?”

The MEN claim that ‘United sources’ have told them ‘they do not expect to sign De Ligt amid reports in Spain they are the frontrunners to buy the coveted central defender. The suspicion among the United hierarchy is the story is being framed so Barcelona can eventually claim they beat United to De Ligt’s signature.’