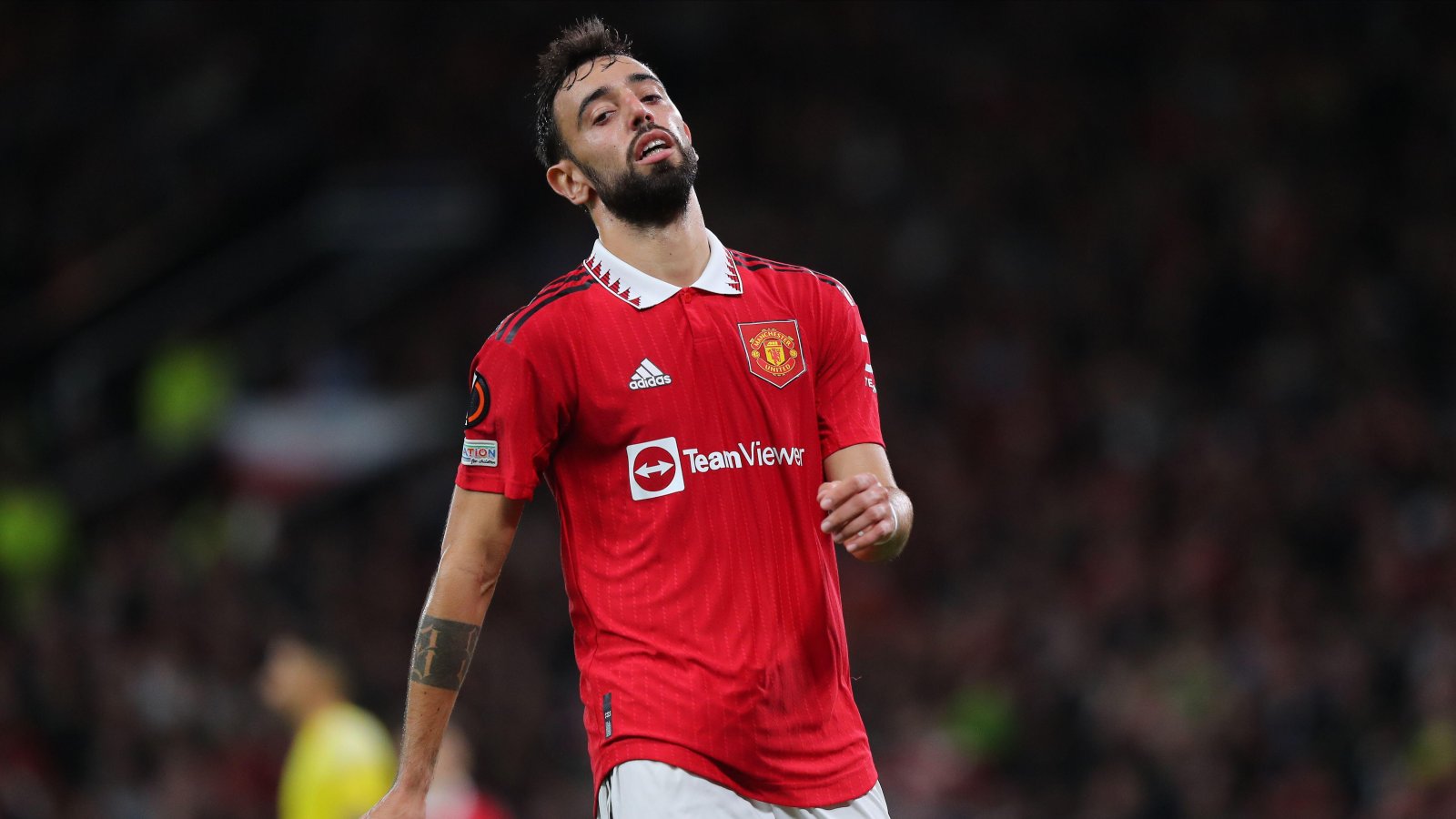 Chris Sutton has slammed Man Utd midfielder Bruno Fernandes for calling out one of his own team-mates after their 1-0 win over Real Sociedad.

The Red Devils needed to beat the Spaniards by a two-goal margin to leapfrog them at the top of their Europa League Group E standings but in the end they had to settle for second place.

Man Utd already knew progress was assured before the match on Thursday night with youngster Alejandro Garnacho scoring the only goal of the game after 17 minutes.

A report on Wednesday claimed that Man Utd boss Erik ten Hag had been unhappy about certain aspects of Garnacho’s behaviour with the Dutchman unhappy that the Argentinian ‘walked out of training with his laces untied’.

Speaking about Garnacho after the win over Sociedaad, Fernandes said: “He was good but he knows we expect a lot from him.

“At the beginning of the season he was not at his best. In the [pre-season] tour he didn’t have the best attitude that he should have, and that’s why he didn’t get his chances until now.

“The message which I think Erik ten Hag wants coming out of Manchester United is that it’s harmonious. I was really surprised at that. He could’ve used different language.

“Garnacho had a brilliant game tonight, he was the one real threat Manchester United had. I don’t get that from Bruno. He’s better than that.”

Second place in their group means Man Utd will now face one of the Champions League drop-outs in a knockout round play-off tie with Barcelona, Juventus and Ajax all possible opponents.

“You don’t always get what you deserve – that’s football,” Ten Hag said after the match.

“Donny (van de Beek) back in the team. I think we make a really good goal with Garnacho, some good chances as well in the first half.

“We win today but of course we are disappointed we didn’t score two goals because that is what we needed.”