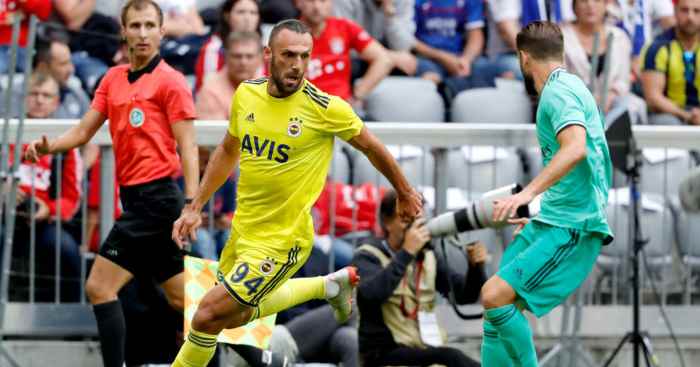 Premier League side Manchester United have made a bid for Fenerbahce striker Vedat Muriqi, according to reports in Turkey.

The Red Devils are closing in on the signing of Bruno Fernandes from Sporting Lisbon, while a striker still remains at the top of their list ahead of the deadline on Friday.

When asked if anyone else was coming in after completing a deal for Fernandes, Solskjaer said: “I am not sure.

The Kosovo international has scored 13 goals in 20 appearances this season for Fenerbahce with the club sitting second in the Turkish Super Lig this term.

Despite United’s offer, the report adds that the Turkish club’s president Semih Ozsoy met up with Muriqi’s agent Haluk Canatar to agree that the striker will remain at the Şükrü Saracoğlu Stadium until at least the end of the season.

Man Utd‘s bid falls short of Fenerbahce’s reported €50m valuation of the 25-year-old but the report continues by saying that Fenerbahce will look to sell him in the summer.

Milliyet reported a couple of days ago that Burnley have already made a €28m offer for Muriqi.

And his agent yesterday confirmed that there was “zero per cent” chance he leaves in January.

Canatar said: “Muriqi has a four-year contract agreement with Fenerbahce, we are of course delighted that some of the top clubs in Europe are interested in Muriqi and scouting him.

“But we are not considering a transfer in January there is a zero percent chance he leaves.

“We have been contacted by interested clubs I left these matters with Damien Comolli [ex-sporting director] and now with Selahattin Baki.”