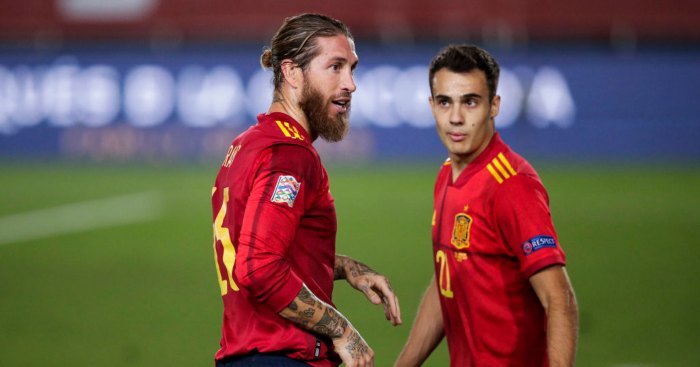 Man Utd are closing in on a deal for Real Madrid left-back Sergio Reguilon, according to reports in Spain.

The Spaniard is one of five players the Red Devils should sign if they want to challenge for the Premier League title with reports claiming that Real Madrid are happy for him to leave this summer.

The left-back – who has impressed on loan at Sevilla this season – was being targeted by Chelsea before the Blues secured a deal for Ben Chilwell.

The Madrid academy graduate has struggled to break into the first team under Zinedine Zidane, with Marcelo and Ferland Mendy currently battling for the spot on the left side of the defence.

Reguilon was named in the LaLiga team of the year and there have been rumours previously that Real would be willing to accept a fee in the region of £18m.

The latest report from Spanish publication Marca now claims that Man Utd are making progress over a deal that ‘will be around’ €25m (£23m).

Negotiations between Man Utd and Real have reached ‘maximum intensity in the last hours’ with the Red Devils showing ‘the most interest to gain the signing’.

There have been other Premier League sides interested in the full-back but Real Madrid and Reguilon see Old Trafford as the ‘perfect destination’.

The fact that Reguilon already knows Juan Mata and David de Gea from the Spanish national team is another plus for the 23-year-old.