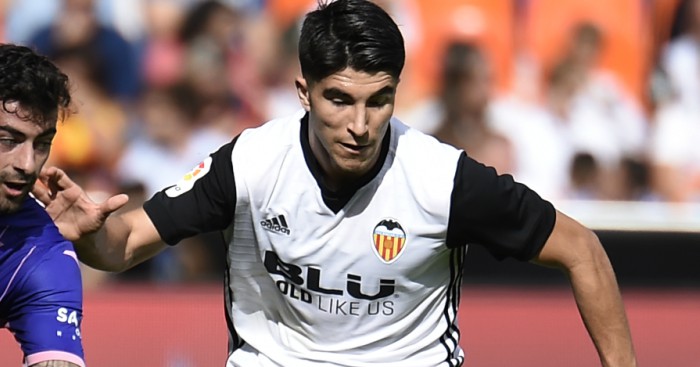 Jose Mourinho has reportedly made Valencia midfielder Carlos Soler their primary January target despite funds being “much more constrained”.

The Portuguese boss spent heavily in the summer and attained for three of his four summer targets with Victor Lindelof, Romelu Lukaku and Nemanja Matic all arriving at Old Trafford. Mourinho was desperate to add winger Ivan Perisic to his squad, but Inter Milan played hard ball with the Croatian, who eventually signed a new contract keeping him in Milan until 2022.

That snub still wrangles with Mourinho, but the injury to Paul Pogba has left his midfield looking weak and he is desperate to address that in January with the signing of 20-year-old Soler.

The Independent says Soler has “greatly impressed United staff” since making his debut for Valencia in December 2016. The Spain Under-21 midfielder has come through the ranks at the La Liga side and he has made 12 appearances this season, scoring once and claiming four assists.

Soler, who is under contract until 2021, is rated in the £40million bracket and the report claims United have considered offering Valencia loanee Andreas Pereira as part of the deal to get Soler on board at Old Trafford.