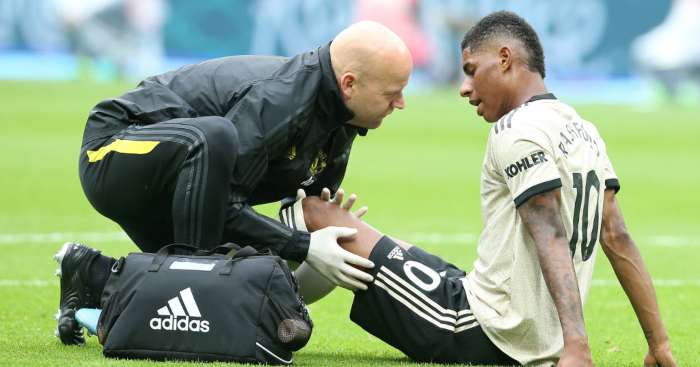 Celtic and Scotland physio Tim Williamson tops Manchester United’s shortlist as they look to address their injury problems, according to reports.

The Daily Mail claims that United have ‘advertised for a head physio’ and Williamson has emerged as ‘leading candidate’ with the interview process under way.

It is ‘soft tissue, non-contact injuries’ that are causing the Red Devils the most concern as Marcus Rashford, Anthony Martial, Diogo Dalot, Paul Pogba, Phil Jones, Luke Shaw and Angel Gomes have all spent time on the sidelines this term.

United risked Rashford, who looked below par, from the start against Arsenal on Monday with 18-year-old Mason Greenwood their only other fit striker in the squad.

Williamson is the head of physiotherapy at Celtic and has previously worked at Tottenham, Leeds United and Birmingham City in other roles, while he also works for the Scottish national team.

There have been a number of changes to backroom staff since Solskjaer took over as manager on a permanent basis, with Patrice Evra reportedly saying that ‘the players are pampered’ due to the large number of first-team staff.